The Burnaby NewsLeader article's report on a report to quell fears about foreign ownership of BC property has failed to focus on a key issue related to foreign ownership .  Just a note: I tend to include non-resident Canadians (residents of other provinces and territories) in the same category as foreign ownership which is unlikely to have been considered in the report below.

Questions that need to be asked include:


Such reports often use unreliable statistics because the numbers themselves are incomplete, rendering the report unreliable and misleading.

What is most interesting about this issue is that no political party wants to talk about the issue of non-resident ownership of BC real estate.

No evidence of glut of unoccupied condos: report

Fears that foreign buyers and other temporary residents are snapping up an abnormal share of Metro Vancouver condos aren't borne out by statistics, according to a new analysis.
Urban Futures researchers examined 2011 Census data and found just 0.8 per cent of all homes in the Metro region and 1.4 per cent of apartments are occupied by foreign or temporary residents.
Vancouver and West Vancouver were above average at just under two per cent, while other larger cities in the region had fewer foreign or temporary apartment dwellers, including Richmond at 1.3 per cent, Burnaby at 1.1 per cent and Surrey at 0.4 per cent.
There had been media reports earlier this year that up to a quarter of condos in certain parts of downtown Vancouver are either unoccupied or occupied by non-residents, prompting renewed concern that wealthy foreign investors are parking money here. 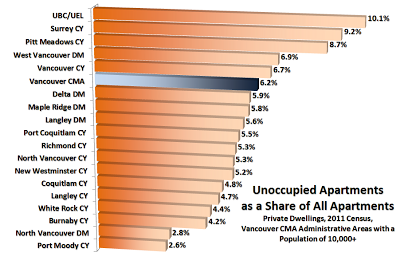 Some observers warned of the rise of ghost neighbourhoods that look dense but don't have enough active residents to create a vibrant community.
Urban Futures found 6.2 per cent of Metro apartments were unoccupied – below the national average – and said there's no basis to conclude that's excessive.
The areas with the highest levels of unoccupied apartments were UBC at 10.1 per cent, Surrey at 9.2 per cent, Pitt Meadows at 8.7 per cent, West Vancouver at 6.9 per cent and Vancouver at 6.7 per cent.
"Much ado is being made about nothing when it comes to the prevalence of foreign and/or temporary residents and unoccupied dwellings in this region," the report said.
It noted temporary residents include large numbers of students – there are 250,000 post-secondary students enrolled across the region who would represent the third largest city if they were clumped together.
Posted by Brentwood Station at 3:36 PM