I no longer have a place to do my daily vegetable shopping.  After 22 years at Brentwood Mall, Kin's Farm Market has shut its doors tonight to make room for the Brentwood Mall Redevelopment.  Unfortunately, there is no place at the mall to relocate to.  I asked the owner today if they plan to reopen in the neighbourhood and he replied that they are looking for space in the area but haven't yet found anything suitable.  I wonder if Brentwood Mall didn't offer space somewhere else on site or if they expected a higher lease rate to drive Kin's out to make room for a larger grocery tenant.

It was a strange feeling to see empty shelves this afternoon as I went in for the last time to pick up strawberries.  The neighbourhood will definitely miss the friendly faces at the store. 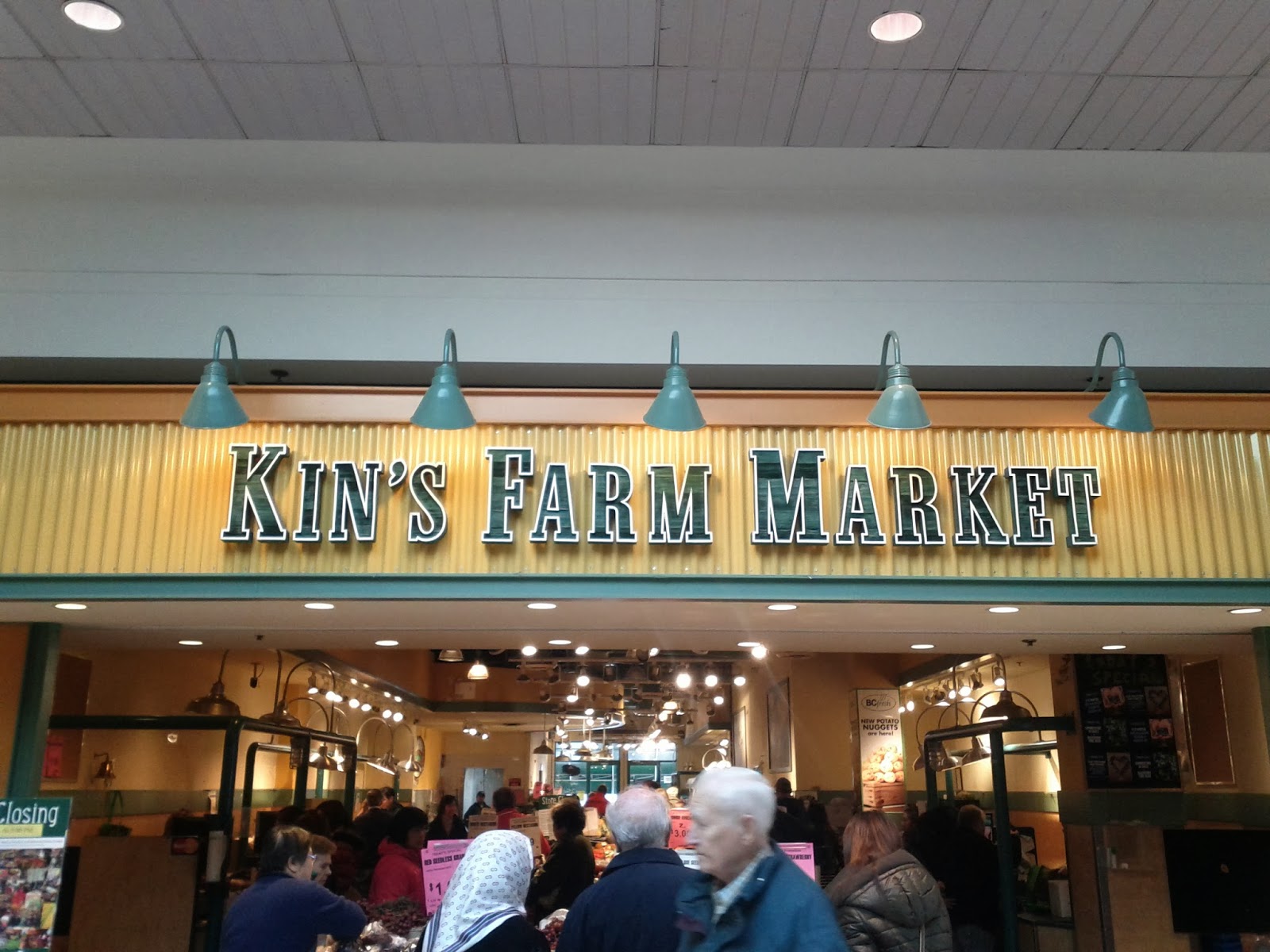 Brentwood Redevelopment good or bad for the Heights?

The Heights Merchants Association is concerned that the commercial component of the Brentwood Mall Redevelopment will negatively impact retailers and restaurants along Hastings Street.  However, with the entry of thousands of new residents in the residential component of the development, it has been argued that the Heights will see a positive spillover with a larger local customer base.


While Brentwood Town Centre takes shape, promising towers and density - Heights merchants are worried about being cast in its shadow.
Isabel Kolic, Heights Merchants Association executive director, recently made council aware that the development in the Brentwood area is worrying business owners that an economic downturn on Hastings Street is imminent, and that the competition will be too steep.
"We'll be frank that the Brentwood Town Centre redevelopment is a game changer for us," Kolic said. "Our merchants are very nervous for many reasons, not the least of which is that some of them who hae been around that long ... they know that the area experienced significant downturn in the 1960s and '70s the last time a major redevelopment happened in that area. So, I think they're a little bit gun shy."
Kolic said the association hopes to re-examine the 1991 Hastings Street official community plan, and suggested some modest but necessary changes need to be made.
"As a small neighbourhood shopping district, we must compete for both customers and businesses to attract them to our area," she said. "We also have some projects up our sleeves, which we wish to see fulfilled in the coming years."
Kolic said there's a major public art installation being planned near Gamma Avenue for 2016, and the working title is the "Heights gateway," which is intended to become a landmark for the area. The association is also freezing its levy for two years because merchants have had a difficult post-recession period.
But council said more density in the area would only boost business.
"I want to tell all of your businesses, I think that the development at Brentwood is going to be extremely beneficial," Mayor Derek Corrigan said at the meeting. "We've talked before, and we know I'm very focused on linkages between Brentwood and the Heights, and I think that all of those new people coming in are going to love the Heights."
Corrigan said a new slew of residents eventually moving in will be attracted to what the Heights has to offer.
"I don't want your businesses to feel at all paranoid about this," he added. "I think it's going to benefit everybody in the long run."
Coun. Nick Volkow said he remembered a time when there was concern over a chain grocery store expanding in the Heights neighbourhood some years ago, which proved to be unfounded.
"The same concerns arose from all the merchants along there, (that the) expansion on the chain retail store will become a black hole and just suck all the business off Hastings Street," he said. "And, as a matter of fact, the reality was the introduction of an expanded grocery store at the corner actually improved a lot of merchants along there. ... The draw of folks came to that store, all of a sudden noticed all the little stores that were around."
Coun. Pietro Calendino echoed Volkow's comments, as well.
"We're not afraid the Brentwood development will take away from them," he said. "I think what maintains businesses is density in the population."
Calendino noted there are three new developments taking root in the Heights area, which will also bode well for the future of Hastings Street.
© Burnaby Now

Posted by Brentwood Station at 5:49 PM No comments: