Road Work at Willingdon and Lougheed

The intersection at Lougheed and Willingdon is a busy place lately as road and sidewalk work continues with SOLO District in the backdrop.  Of course, with the work comes the traffic delays. 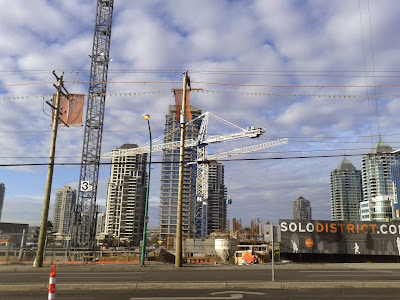 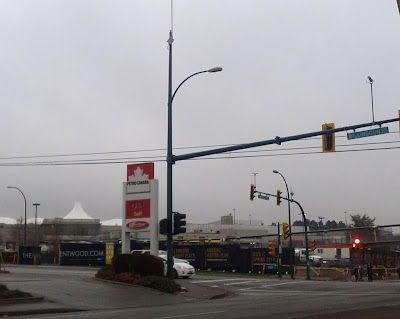 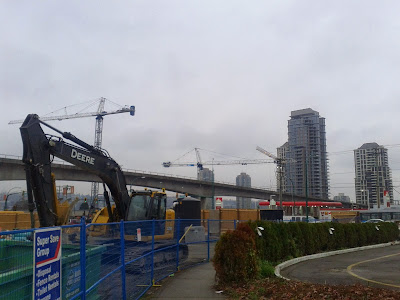 Reporting the trend or creating it?

The following article in the Vancouver Sun illustrates how younger generations differ from previous ones on how they want to live in and around Metro Vancouver.  Stories such as the one below are regularly published describing the current trend in housing and often cite experts from the real estate industry to back up their stories.  It's as if the story itself is creating the current trend being capitalized on by the real estate industry.  Or is it just a reporting of what has already been going on? You can decide for yourself.


Vancouver's growth propelled by the dynamic of a new generation

VANCOUVER — With a shrug that amounts to a tectonic demographic shift, millennials – especially in Metro Vancouver – are rejecting their parents’ suburban commuting lifestyle in favour of “live/work/play” neighbourhoods. If developers continue to meet this demand, and with the Canadian economy strengthening, all systems are go for 2014 to be a boom year in Canadian real estate, according to the recent Emerging Trends in Real Estate report by PwC and the Urban Land Institute.
Millennials, a.k.a. Generation Y (those born in 1981 and after), are driving the overwhelming shift to urbanization, says John Bunting, partner at PwC. They “want to live in places where it’s easier to get to and from. They want to live where their buddies are. They want to be in neighbourhoods where the restaurants are good, where they can eat and drink and be entertained.”
The key is that they’re going where their jobs are. “That has a significant amount to do with it,” says Bunting. “There’s a shift in demographics from boomers to Generation X to Generation Y. Generation Ys don’t want to live the lives their parents and grandparents did.
“Twenty to 30 to 40 years ago, someone in their 20s would think, ‘It’s time to start my career, get a good job, get married, buy a house, have kids.’ [At PwC] we hire about 80-90 young people out of school every year. This doesn’t always occur to them – their values at this age are different than previous generations.”
Their values may be partly shaped by a pragmatic grasp of reality: Right now land is just too expensive. “There’s a joke that if you’re in Vancouver, you get in your car and head east until you find a neighbourhood you can afford,” says Bunting. “We’re running out of dirt to build on. Developers’ biggest challenge is to find affordable real estate. Accessing a large land bank is a challenge for them. The marketplace could take more development. It’s a matter of finding cheap land.”
Failing that, millennials will keep seeking out transit-oriented developments like Blackwood Partners’ Renfrew Centre, at East 12th and Renfrew, scheduled for 2015 completion. Being next to both the central SkyTrain station Renfrew and the 99B bus line loop, the 170,000-square-foot office building matches other current transit-corridor developments – but it also one-ups them. It’s right on the 24-km Central Valley Greenway bike path connecting Vancouver to New Westminster.
Ten years ago, Renfrew was mostly residential. Transformed into mixed use, “it’s a great place to work where you don’t have to commute to downtown,” says Jonathan Button, Blackwood’s senior vice president, asset management and operations. “It’s easier to go to work where you live. We see it happening all over the Lower Mainland.”
Blackwood’s Central City, in Surrey, with 640,000 square feet of retail, a 340,000-square-foot Simon Fraser University campus, and 550,000 square feet of Class A office space, is becoming another self-contained neighbourhood. “It’s another example of a suburban node that’s becoming more urban. It’s by Surrey Central SkyTrain station, with the new City Hall close by, and the new Surrey Central Library across the street.”
Vancouver is ahead of other cities in reducing the need for long car commutes, Button says. “I see it being more on people’s minds in Vancouver, with people thinking about it, talking about it. It’s partly because of Vancouver’s more outdoors-focused lifestyle and culture. It’s more possible there to cycle year-round. And there’s a great transit system.”
Still, the same job-centric, urbanizing trend is happening in colder places like Calgary, says Bunting. “The mayor there has put on hold a number of so-called suburban developments. He’s encouraging more density. There’s a ton of building in the downtown. It’s a real challenge for a city and province to service huge suburbs with schools, fire departments, city servicing, policing.”
Bunting points out, “In Canada, we’re so spoiled by the landmass. We’re accustomed to the stereotypical North American dream: You own a piece of dirt, a big house, two cars. In Europe they’ve had densification for a long time. We’re catching up.”
Bunting chuckles at the memory of a colleague who moved from Paris to Toronto with his wife and three kids. “They found a house in a nice neighbourhood: a 2,300-square-foot split. I said to him, ‘It must be tough to stuff your family into 2,300 square feet.’ He just looked at me. In Paris, they lived in a 1,500-square-foot flat! They thought that was normal.”
According to the Emerging Trends report, many longer-term workforce members are adopting the millennials’ minimal-commute preferences. “Intensification of downtown areas of cities is continuing in Canada’s major centres to combine with reverse migration from the suburbs to downtown areas as one of the most forceful and rapidly emerging secular trends in both corporate office and residential real estate.”
The report will be the subject of a ULI conference on Tuesday, 8-9:30 a.m. at the Vancouver Convention Centre. Conference Chair Jeff Brown says, “There’s definitely a lot of information in the report about the large macrotrend that’s happening in North America and elsewhere on the planet: the flight to cities. We know that people are moving into cities for economic, as well as environmental and sociological reasons. At the event, we’ll be examining the macrotrends and also examining the microtrends that the players are dealing with.”
Also to be discussed: financing options. “With interest rates forecast to rise in the next couple of years, are we going to see some of the existing participants change their behaviour slightly? How are these acquisition and development projects being funded?
“Attention is being focused on the key markets. The [report] interviews show that there are actually quite distinct areas in North America attracting investment capital. These are gateway cities into the global economy,” says Brown, who’s also development and acquisitions manager at Shape Properties.
© Copyright (c) The Vancouver Sun

Posted by Brentwood Station at 6:06 AM No comments: 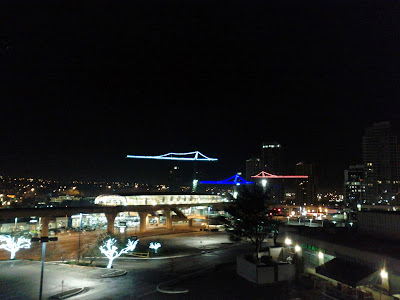 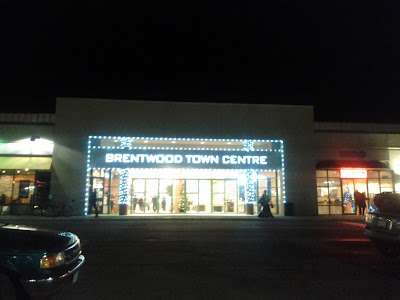 Posted by Brentwood Station at 5:36 AM No comments:

By Peter Meiszner  Global News
The owner of Brentwood Town Centre in Burnaby has plans to transform the site in a redevelopment that will see some of the tallest residential buildings in Western Canada.
Shape Properties will break ground on the first phase of their redevelopment of the Burnaby shopping centre this spring.
The company plans to construct a new 500,000-square-foot outdoor shopping centre and plaza at the corner of Willingdon and Lougheed.
The new shopping centre will be flanked by two 60-storey residential towers.
Darren Kwiatkowski, Executive Vice-President of Shape Properties, says that the site presents a rare opportunity directly on a Skytrain line.
“28 acres sitting on Skytrain at the corner of Lougheed and Willingdon doesn’t come along every day. It’s a pretty unique and fantastic opportunity.”
He says buyers today want to be able to live and work in the same community.“This takes mixed-use to a whole new level. You hear live, shop, play tossed around; here we have 28 acres, we will have groceries, high-quality restaurants, boutiques, bakeries. It’s all there — this really takes it to a new level.”
The existing shopping centre will stay open while phase one of the redevelopment is underway.
The City of Burnaby identified Brentwood 10 years ago as one of the town centres ripe for redevelopment, says Kwiatkowski.
Posted by Brentwood Station at 6:09 PM 2 comments: