The following map shows how far one will be able to reach in 10 minutes from the future Concord Brentwood development. 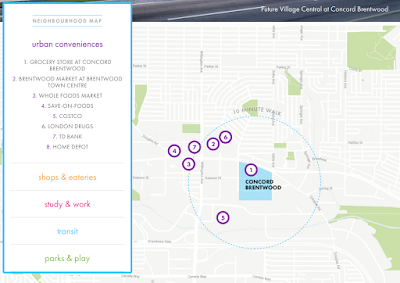 Posted by Brentwood Station at 8:02 AM No comments:

The following map can be seen at Brentwood Station showing how far things are from the station. It will be more accurate once the north side of the station is accessible from the mall site, of course. 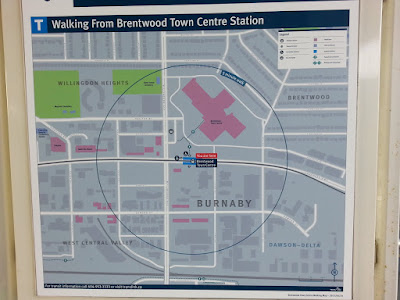 Posted by Brentwood Station at 12:51 PM No comments:

Dawson developing from Gilmore to Douglas

While the Brentwood and Solo developments continue attract focus at Willingdon and Lougheed, Dawson Street is beginning to garner attention along its length between Gilmore Ave and Douglas Road.

The Gilmore Station Development by Onni is making its rounds at the City of Burnaby as it moves ahead for approval.  The massive mixed use development will be situated as a gateway to the Brentwood Town Centre. 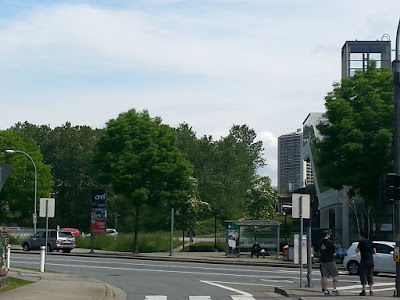 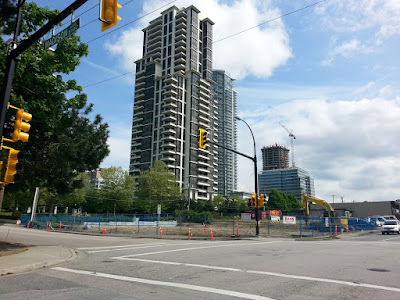 Eastward from there at Willingdon and Dawson, the foundation for a low-rise residential building above a street-level commercial development by Amacon is being poured.  The corner front will see a new yet to-be-named restaurant. 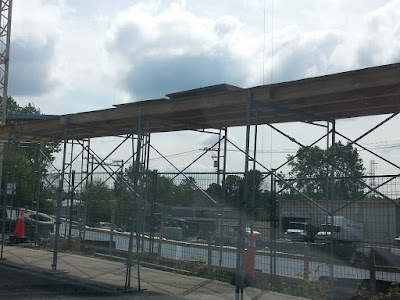 On the east side of Willingdon, the Milano development at 2450 Alpha Ave is being initiated by Solterra Development south of Dawson.  Further down will see 2 highrise developments at the south foot of Beta reaching Lougheed Hwy and nearly reaching Douglas Rd.   The higher profile development will be one of the largest developments in the area by Concord Pacific.

The Concord Brentwood development will also see a grocery store, likely an Urban Fare-type store, along with other commercial amenities.
Posted by Brentwood Station at 1:12 PM No comments:

Now that the Aviara tower is all but completed, Ledingham McAllister is moving ahead with the 2nd tower of its project with the 42 story Escala tower at 1710 Gilmore Ave. The area in the map that is highlighted in blue is where the Aviara phase is located.  The red area is the site of the Escala phase.

The green-shaded area north of Escala is where Willingdon Heights park will be expanded to close off Douglas Rd to make room for an extension of 1st Ave across Gilmore eastward into Douglas Rd. 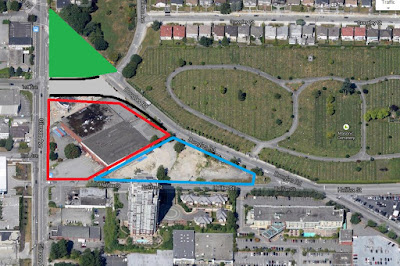 The Escala will replace the old Tierra Sol tile business at Halifax and Gilmore. 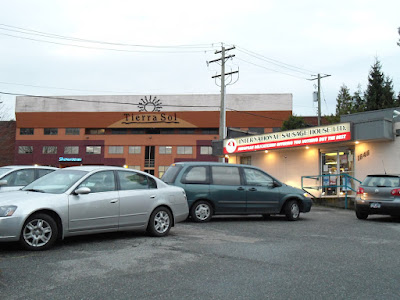 Posted by Brentwood Station at 9:39 AM No comments:

A moment to chill at the Esso Station

If you find yourself pondering the mysteries of life and eventually come back to the present, you are likely only a quarter of the way finished filling your gas tank at the Esso Station at Lougheed and Willingdon Ave. By far, they are the slowest pumps around.  But I keep going back because of the Aeroplan Miles.  I also find that the length of time it takes to fill my tank forces me to let go for a few moments of mindfulness or to begin a conversation with whoever is across from me that is also commenting on how slow the pumps are. 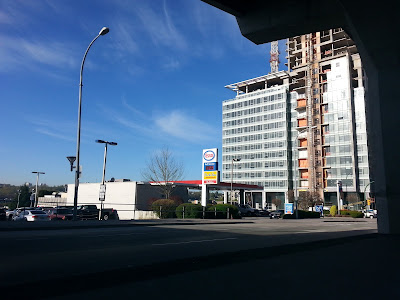 Posted by Brentwood Station at 10:19 AM No comments:

Changing view from the Food Court

One of the best spots to overlook the Brentwood Mall Redevelopment is the food court.  The view has dramatically changed over the past few years.  Eventually, many of the buildings across the street and beyond from the Brentwood Mall site will disappear from view.