With Phase 1 of the Brentwood Mall Redevelopment preparing to move ahead,  Shape Properties has just released a video rendering of the Central Civic Plaza on YouTube.


The Central Civic Plaza will sit next to Brentwood Town Centre Station at the northeast corner of Willingdon Ave and Lougheed Hwy. 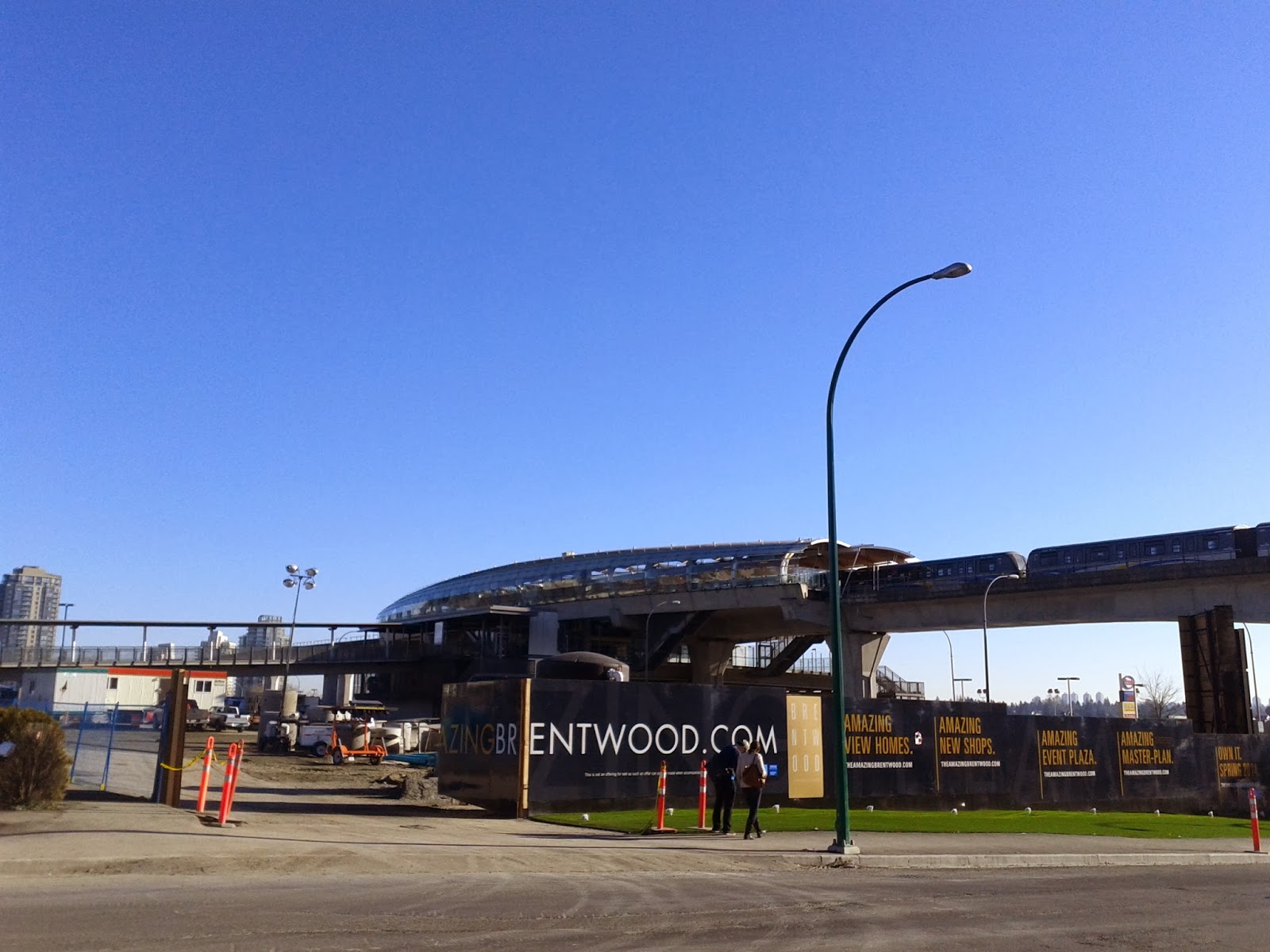 Posted by Brentwood Station at 10:48 PM No comments:

According to the following Burnaby NewsLeader article, the first tower in the Brentwood Mall Redevelopment will include market rental units.  A public hearing will be held on Feb 25 at 7pm at the City of Burnaby.

Shape looks to rezone for first Brentwood mall tower
The first tower being proposed in the transformation of Brentwood mall could give Burnaby a big boost in rental housing.

"A total of 591 apartment units are proposed, 300 of which are intended to be purpose-built rental units to be owned and operated by the developer, Shape Properties Corp. and their funding partners," said a city staff report.
Shape Properties, which owns the mall, has applied for a rezoning of the southwest corner of the 28-acre mall site to allow for a 53-storey tower on top of a three-storey commercial podium for which it earlier applied for a rezoning.
The project comes after the Brentwood Site Conceptual Master Plan, which permits towers with a maximum height of 70 storeys, received final approvals from Burnaby council last September.
Since then, council approved second reading to the rezoning application which would allow for the commercial area, underground parking and a multi-level Central Civic Plaza connected to the Brentwood SkyTrain station.
The first tower would be located atop the commercial podium at the corner of Willingdon Avenue and Halifax Street.
The project would include two separate lobby areas complete with concierge services and elevators at ground level, with the rental lobby facing Willingdon and the strata lobby fronting onto Halifax.
The first floor of the tower, on top of the podium, would be a combined rental and strata amenity level, including a fitness facility, media and games rooms, lounge, kitchen and dining area and two guest suites.
From there, the first 25 floors will accommodate the rental units and the upper 27 levels will be designated for condominiums.
As for parking, the strata units would have 328 spaces compared to the 320 required. And while the rental units would have the required 330 spaces, Shape's parking studies "have determined that the rental demand for dedicated parking is approximately half that of strata parking," the report said.
That portion of rental parking deemed surplus would initially be used for commercial retail parking. "As requests for use of this component of parking comes forward from the rental tenants, it would be made available up to the full 1.1 spaces per unit [required]."
The rental units will range from one bedrooms 539 to 557 square feet in size (125 units) to 25 two-bedroom-plus-den units of 881 to 895 square feet.
The condominiums would range from 105 one bedrooms of the same size, to three three-bedroom units of 1,723 to 2,819 square feet.
Five per cent of the total number of units, or a minimum of 30, would be adaptable units complemented by 30 handicapped parking stalls.
The public hearing for the tower will be held Tuesday, Feb. 25 at 7 p.m. in Burnaby city hall council chambers.


wchow@burnabynewsleader.com
twitter.com/WandaChow
Posted by Brentwood Station at 7:10 PM No comments:

The density bonus received by the City of Burnaby from Shape Properties is in the form of cash in exchange for allowing greater density in the Brentwood Mall Redevelopment.  It has yet to be decided what funds will be used for in the future.


Brentwood mall coughs up another $5 million to city coffers

Brentwood Town Centre's first highrise tower is putting another $5 million in the city's hands.
Within the mall's first phase of development is another rezoning application to allow for a 53-storey residential tower above a commercial podium. City council approved an estimated $5.2 million cash-in-lieu contribution from the density bonus at its Jan. 13 meeting.
"This is a contribution made by the developer, which will go back to the community and result in community facilities, such as rec centres and other services in Brentwood Town Centre," Coun. Dan Johnston said.
The latest density bonus contribution puts the Brentwood Town Centre amenity account to $14.5 million, with $9.3 million in the city wide housing/special needs sub-account, according to a staff report.
The proposed tower will add about 591 units, and 300 of those are being considered for purpose built market rental units.
Lou Pelletier, director of planning and building, expects a future report regarding the 53-storey tower in the back portion of the Brentwood mall lot to come forward in 2014, which will set a public hearing date.
Shape Properties, the company that owns Brentwood mall, first applied for the density bonus funds to go towards "extraordinary plaza improvements," but city staff had a different idea.
"With regard to the use of amenity bonus funds for privately held market rental units, this is not considered supportable in this circumstance," Pelletier states in the report.
Instead, Pelletier recommended to take the cash-in-lieu contribution first, then consider on-site plaza improvements funding during a detailed review of the process in the future.
As the Burnaby NOW previously reported, the entire Brentwood mall redevelopment plan is divided into four phases, which includes 10 residential towers - with a structure capable of accommodating one more in the future - possibly ranging in height from 20 to 70 storeys depending on the location, and two office towers ranging in height from 30 to 40 storeys.
Council approved the master conceptual plan for Brentwood mall in September, which includes more than 350 shops and services, a high street and a public plaza.
© Burnaby Now
Posted by Brentwood Station at 2:14 PM No comments: 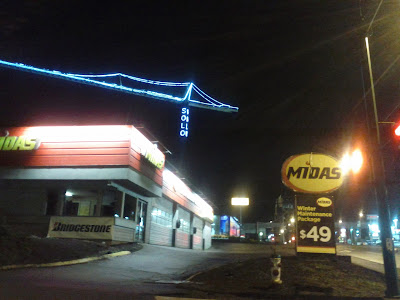 The cranes at the Solo District site have been prominent features during the evening lately.
Posted by Brentwood Station at 5:55 AM No comments: