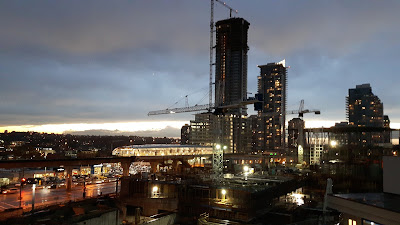 Posted by Brentwood Station at 9:06 PM No comments: 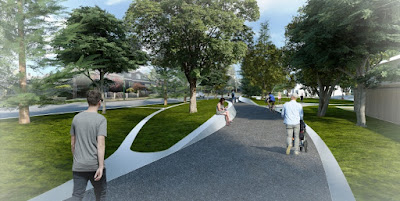 Cycling advocates in Burnaby are standing firm against a proposed shared pathway that would link the future Brentwood development to Hastings Street.
HUB Burnaby, the local branch of a non-profit organization that promotes cycling in the community, is calling on the City of Burnaby to rethink the design for its proposed Willingdon Greenway.
The current design is a 1.2-kilometre multi-use pathway that would be accessible to both pedestrians and cyclists. It’s proposed to run from Brentlawn Drive to Hastings Street, connecting Brentwood Town Centre to the north part of the city.
There are already several similar urban trails throughout the city.
In the past, HUB Burnaby has sat back as the paths were constructed, but enough is enough, according to Moreno Zanotto, a HUB Burnaby member and a representative on the city’s transportation committee.
“Their effectiveness is predicated on their non-use. So as long as pedestrian volumes stay really low and cyclist’ volumes stay really low, they can work, but as soon as those numbers start increasing, the number of conflicts between road users explodes,” Zanotto told the NOW.
The main concerns with the proposed Willingdon Greenway are safety and growth of transportation modes like cycling and walking, Zanotto said.
Chances of a collision are especially high with cyclists travelling at higher speeds than pedestrians and even more so if they’re forced to dodge other obstacles along the four-metre-wide path, including benches, park spaces and art pieces as proposed, Zanotto said.
A shared path will also discourage prospective cyclists from using the greenway as a commuter route, he added.
Currently, less than one per cent of trips within the City of Burnaby are made by bike, and it’s been that way for at least the past 30 years, according to research conducted by HUB using data from TransLink. During that time, the city has focused on urban trails, Zanotto said.
“It’s not an effective facility in increasing cycling, and we’re not seeing growth,” he said. “We need a new approach.”
Zanotto, who lives in the Heights, said he wouldn’t use the proposed greenway unless it was the only option. Instead, he and other cyclists in the area prefer the Sea-to-River Parkway that runs north to south along Carleton Avenue.
What he’d like to see along the Willingdon corridor is a separated bike lane like those in Vancouver or European countries like the Netherlands.
“They’re not only safer, they represent really good choices for encouraging cycling,” Zanotto said.
HUB Burnaby is currently circulating a petition asking the City of Burnaby to build a separated cycle path on the Willingdon Greenway. The petition is aiming for 100 signatures before it's presented to council. So far, 21 people have signed. To sign the petition and learn more about what HUB's proposal for the greenway, click here.
On Sept. 14, the City of Burnaby held an open house to provide residents with more information regarding the proposed Willingdon Greenway.
The NOW contacted the City of Burnaby for details on when the project would go before council but have yet to hear back.
© 2016 Burnaby Now
Posted by Brentwood Station at 5:29 AM 1 comment:

The following is a writeup from onni.com.  Photos are also from Onni's site. 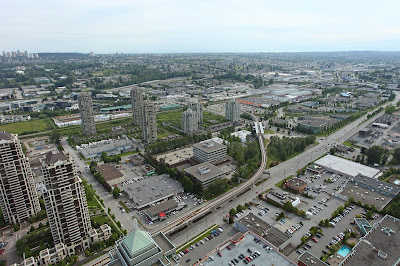 With over 12 acres of high-density mixed-use retail, office and residential development conveniently located at the Gilmore SkyTrain Station, the master-planned Gilmore Place community will soon be an exciting new urban centre for Burnaby. Located at the intersection of Lougheed Highway and Gilmore Avenue, this vibrant high-traffic retail community promises to be a draw for neighbouring communities, passers-by, and residents alike. Its prime location adjacent to Brentwood Centre, also currently under massive redevelopment, means that the Gilmore Place community will truly be at the centre of Burnaby’s larger revitalization and urban growth master-plan.
The first phase of commercial space is preleasing now for Gilmore Place’s dynamic urban and populous community. Don’t miss this chance to be one of the first retailers to become a landmark in this prime revitalized and connected neighbourhood, with the opportunity to provide convenience and amenities for many future residents, and to be part of an upcoming retail destination for countless visitors. Gilmore Place will be one of the most sought-after and visited urban centres in Burnaby and Metro Vancouver.
Features:

http://www.onni.com/commercial/retail/canada/burnaby/gilmore-place/
http://www.gilmoreplace.ca/
Posted by Brentwood Station at 12:56 PM No comments:

Posted by Brentwood Station at 9:30 PM No comments:

Roughly a year and three months after it first opened its doors Koby's Produce Town has closed down. Sadly, I have lost the source of my favourite kimchi.  It probably struggled due to its close proximity to Save-On-Foods and Whole Foods. 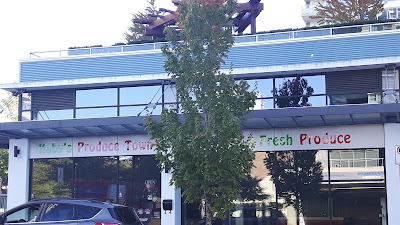