I have already mentioned Japanese retailer, Uniqlo as a potential retailer that could be a fit in the Amazing Brentwood development and Uniqlo has been said to be preparing to enter Metrotown. Now there is word that another Japanese retailer, Muji is looking at entering the Vancouver retail scene. Shape Properties should have its eyes on this retailer as a potential retail tenant. 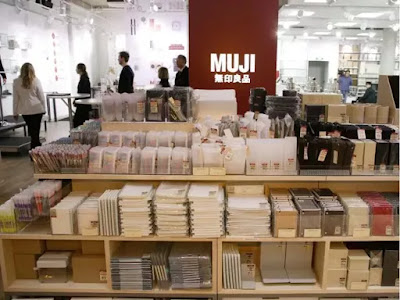 With Vancouver’s retail sector continuing to outperform other Canadian markets, one industry observer says the city can expect an explosion of new brands, both international and domestic, in the coming year, with a prominent Asian retailer leading the way.

That would be Japanese clothing and accessories brand Muji, which is expected to come to Vancouver in 2017, said Craig Patterson, editor-in-chief of industry publication Retail Insider. Muji, known for its minimalist goods, operates about 300 stores outside of Japan, including three in Toronto, its only Canadian presence to date.
“I don’t know where Muji is (looking to locate in Vancouver) just yet, but I think it’s safe to say the Vancouver market will be seeing an announcement very soon,” Patterson said. “I’m actually surprised Muji didn’t enter Vancouver first. It might have just been because of a real-estate play, but Vancouver to me would have made more sense as a market because the brand awareness for Muji is higher.”
Officials from Muji Canada could not be reached for comment.
Vancouver’s retail market, driven by wealthy locals, tourists taking advantage of the devalued Canadian dollar, and new immigrants, currently ranks as Canada’s top location in terms of annual sales-per-square-foot at more than $1,000. Toronto sits second at around $860.
“Vancouver is a very young retail market and many brands have not yet opened street stores,” said Mario Negris, executive vice president of CBRE’s retail group in Vancouver. “We anticipate a vast number of new entrants into the downtown retail landscape. … In the mid-market, we anticipate a revitalization on streets such as Robson and Granville as larger international users solidify locations in the market.”
Patterson, when asked about brands other than Muji that could come to Metro Vancouver next year, said their may be as many as 30 brands looking at the city.
“I can go on for an hour,” he said, noting that Toronto’s Yorkdale Shopping Centre — one of Canada’s most lucrative malls — provides a good example for Vancouver, given the similar consumer demographics. “You can actually go to the floor plan of Yorkdale, see who’s opening, and kind of see who’s coming to Vancouver. Yorkdale and Toronto’s Eaton Centre are the two malls that usually get the first stores in Canada for a lot of brands.”
That is because, despite Vancouver’s high sales number, the city continues to suffer from a relative lack of space. According to recent data from the Centre for the Study of Commercial Activity at Ryerson University, Vancouver’s per-capita mall space (at 11.4 square feet for every person living in the region) falls far behind the same figure for not only Toronto (at 16.4), but also Alberta (15.2 for Calgary, 16.2 for Edmonton).
That is why, according to Patterson, brands such as Forever 21 and Victoria’s Secret actually chose Alberta as their first Canadian locations. But Vancouver, he noted, continues to hold an edge as the preferred entry point for luxury brands: Jaeger-LeCoultre, St. Laurent, Rolex, Delvaux and Berluti, for instance.
Vancouver also has another demographic advantage for certain retailers, one that makes sense for Muji and other Asian retailers: The city’s large population of residents with links to Asia means that well-known brands from that market have a built-in recognition. Patterson said that is why another major Japanese brand, clothing retailer Uniqlo, may also be looking to come to the city.
“Vancouver is unquestionably going to get one (Uniqlo outlet). … Given that it is already in Toronto with two stores, Vancouver is almost a no-brainer,” Patterson said of Uniqlo. “It’s just a matter of when they can find the real estate. You will likely see them going into some of Vancouver’s best real estate. So they’re probably looking at somewhere in, or near, Pacific Centre, and they will look at a mall that does high sales per square-foot. You won’t see them trailblazing.”
Ironically, many of the brands that have not expressed interest in Vancouver are Canadian. Patterson said that, while Vancouver’s own Aritzia started the Babaton brand, it chose Toronto for its first standalone location. Another popular brand, Canada Goose, also has not expressed interest despite doing record-breaking business at its new standalone store at Yorkdale, which opened recently.
But Patterson said other names are lining up for potential openings in 2017. Among those are coffee boutique Nespresso (possibly in Oakridge), H&M’s COS brand, European apparel retailers Reiss, Sandro and Maje, as well as New York-based eyewear retailer Warby Parker.
“Just given the strength of Vancouver, you’d have to have a catastrophic event to stop retailers from looking at the region,” he said. “Let’s just say that, if I was an international retailer, Vancouver would definitely be in my sights.”
chchiang@postmedia.com