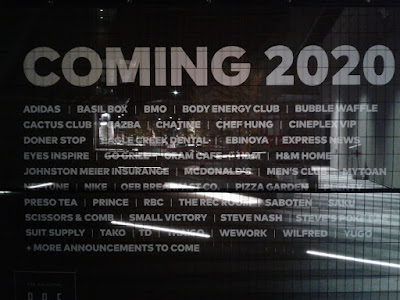 Posted by Brentwood Station at 8:09 AM No comments:

Amid various delays at the Amazing Brentwood, Sporting Life quietly opened for business yesterday.  I took the opportunity to go check it out yesterday evening and to walk around the opened portion of the Entertainment Plaza connecting to the station.  Starbucks will open soon as we await other openings over the next few months.  As for Sporting Life, it's a pleasant arrival to a mall that has been lacking the presence of a big time retailer for a long while. 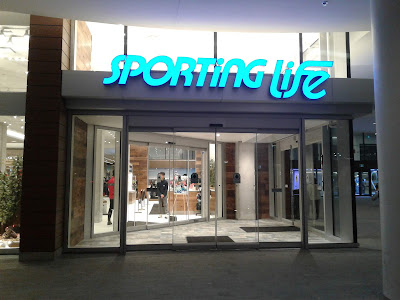 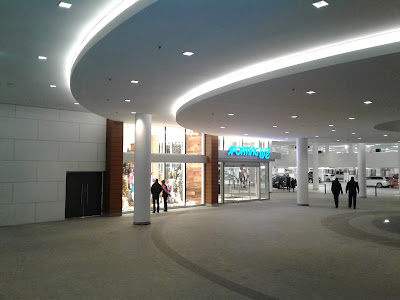 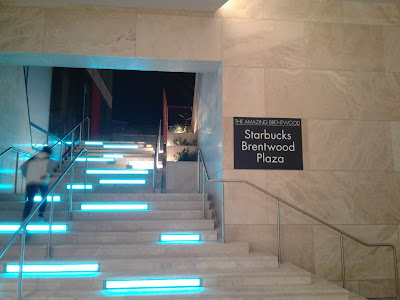 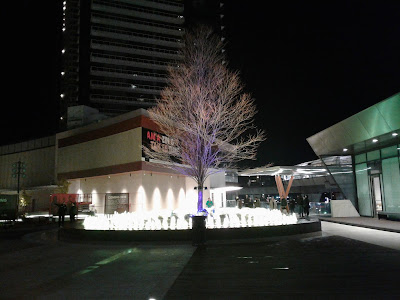 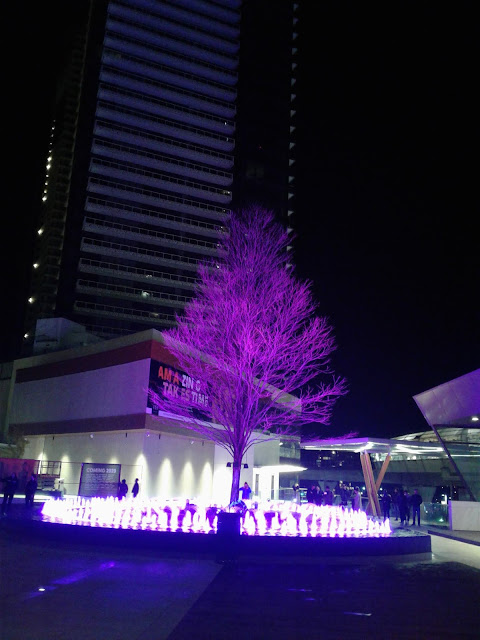 Posted by Brentwood Station at 9:02 PM No comments:

Originating in Osaka, Gram Cafe has announced that it will be arriving in Brentwood in 2020. 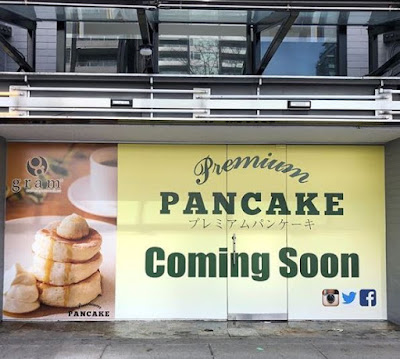 Posted by Brentwood Station at 8:08 AM No comments:

OEB and Chatime coming to Brentwood 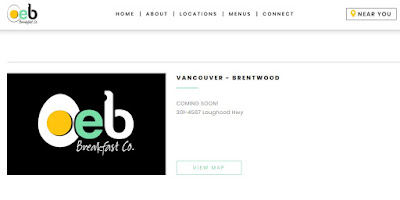 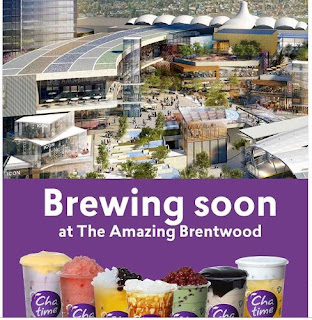 It has been about 2 months since my last post.  During that time, the Willingdon Linear Park has won an award while cycling advocates complain about not having a dedicated bike path along the length of the park.  If we are having discussions and debates about separating pedestrian from bicycle paths, it's a good thing as we move towards designing our city to be more pedestrian and bicycle-friendly

As the pedestrian areas in and around Brentwood's Entertainment Plaza begin to take shape with nicely lit steps, benches and beautiful greenery in the form of trees and shrubs, it appears that a full opening of Phase 1 of the Brentwood development has been delayed.  However some retail names have been revealed for the development as it inches closer to a gradual opening that will unfold between this fall and 2020.  According to the Daily Hive article below, the Cactus Club and McDonald's, will join Starbucks in the Entertainment Plaza.  H&M, Wilfred, Nike and Adidas have joined Sporting Life among the retailers announced.  More retail names should be revealed beginning this fall.

First look inside: The Amazing Brentwood shopping mall will live up to its name (PHOTOS)

Gilmore Place is already on its way to building the tallest residential tower.  It will also be able to boast the largest office tower in Burnaby.  Daily Hive news story below.

The first corporate logo has appeared at the station entrance level of the Entertainment Plaza of the Amazing Brentwood development.  With the retail portion of Brentwood scheduled to open in 2019, we can expect more revelations regarding store and restaurant locations.  The Starbucks logo can now be seen from the street.  Starbucks already has a location at the rear of the mall near London Drugs.  Other locations in the area include Solo District and across the street from there on  Lougheed Hwy, along with one on the corner of Dawson and Gilmore. 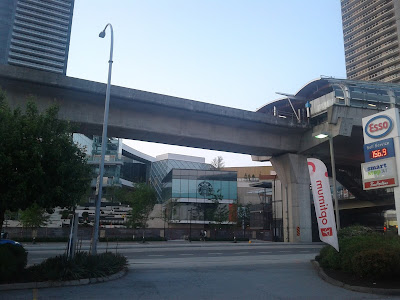 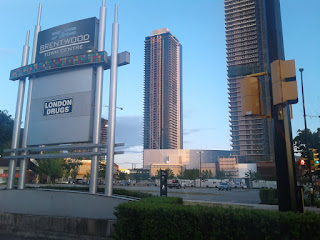 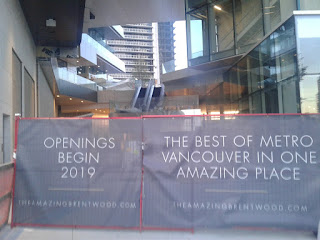 While we wait for for new retailers to reveal themselves at Brentwood, two pizza shops have quietly arrived in the area along with a Poke shop..  A Domino's pizza has opened on Dawson St and Willingdon Ave.  A Pizza Pizza and Pacific Poke have opened in the old plaza which already houses Starbucks, FatBurger and Buffalo's World Famous Wings. 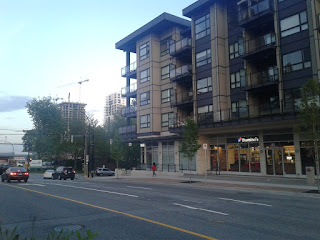 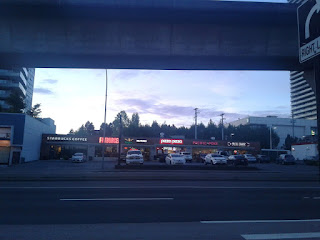 Posted by Brentwood Station at 10:08 AM No comments:

The Brentwood Two tower has reached full height and has become one of the two tallest buildings in Burnaby.  Brentwood One is the other one.  Both buildings will be occupied by the end of this year with residents beginning to occupy Brentwood One by this summer.  Despite having some media present to commemorate the topping off of Brentwood Two, no mention was made of any new retailers or restaurants.

Burnaby’s tallest building ‘topped off’ as Brentwood megaproject grows: Steven Cirotto stood at the microphone Friday and talked about growing up in the Heights. The operations manager for the construction company Axiom said he still remembers how special Christmas . . .
Posted by Brentwood Station at 8:26 AM 2 comments:

As the Amazing Brentwood approaches Phase One completion this year, the other major station centered development of the area is preparing to get digging.  Onni's massive Gilmore Place development will include the tallest tower in the region and will be a gateway to the Brentwood area of Burnaby on the Millenium SkyTrain Line. 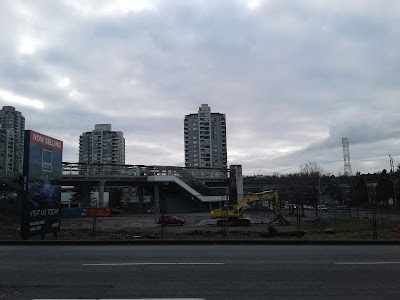