This blog is not intended to express my political beliefs as most of my topics and posts will show.  However, as the May 14, 2013 Provincial Election approaches, I must take the opportunity to comment on the election as the incumbent MLA for Burnaby North has his office within the Brentwood neighbourhood across the street from Brentwood Mall on Willingdon Ave. 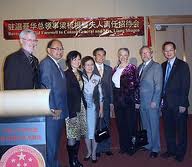 BC Liberal MLA Richard Lee has held the seat for Burnaby North since 2001 and is running again for a 4th term.  The job of an MLA is to represent his/her constituents in the BC Legislature in Victoria where issues affecting the MLA's constituency are brought forward for discussion and possible action. However, if you look closely to his website or  Twitter content, it becomes apparent that Mr. Lee is keeping himself busy (between elections) only to win the next election by attending public and private events throughout the year and ensuring that he is in as many photos as possible.  This strategy is quite effective in gaining recognition in the community to advertise himself and the BC Liberals for the next election. If you query MLA Richard Lee in Google Image Search, you will see that despite being an enigma in the world of MLA work, Richard Lee has extensive coverage of himself in the world of photo opportunities.

I wouldn't have had a problem with Mr. Lee promoting himself the way he has as long as he hadn't been doing this on the tax-payers dime receiving a rich MLA salary (and eventually a fat pension) while he completely neglects his duties as an MLA.  As a taxpayer, I have a problem with having paid Richard Lee's MLA salary for the past 12 years so that he could devote himself to political self promotion instead of fulfilling his duty of representing the constituents of Burnaby North. 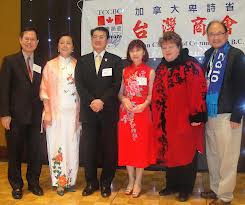 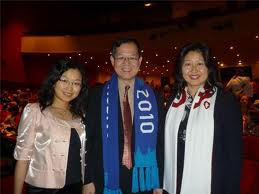 Let's take a look at Mr. Lee's activities during the election campaign.  Instead of speaking to everybody in the constituency, Richard Lee has solely focused on the Chinese speaking community.  Last Sunday, I answered a telephone call and was spoken to in Chinese.  When I informed the caller that they must have the wrong number, the caller asked if someone of a certain name (Chinese name) was not in fact living at my address by mentioning my previous address where I had lived.  I informed the caller that the address that he mentioned was my previous address.  The caller stated that he was going by his election callout list to contact voters.  In fact, the previous owner of my previous address was of Chinese descent and the people that moved into the house after we had moved out are also of Chinese background.  This callout also uses recorded messages in Chinese during the election campaign to galvanize the Chinese vote in Burnaby North.  I have received recorded messages during the previous 3 elections from Richard Lee's campaign in Chinese although I have never received a telephone call in English from his campaign.  The other political parties in Burnaby North have contacted me by phone or in person using English whereas Richard Lee's efforts remain in the Chinese speaking segment of Burnaby North.

Let me be clear.   I don't mind if candidates connect with various segments of the community in their target language because it is important to ensure that everybody has an opportunity to become informed about political choices. However, it is important to connect with everyone rather than just a particular group as Richard Lee is doing.  He is focusing on a single linguistic group while ignoring the rest of the community and continues to win a seat with the slimmest of margins. The ethnic voting strategy explains Mr. Lee's Twitter presence citing his constant attendance at Asian galas and events which is consistent with the overall BC Liberal election playbook.

Like a well-trained parrot, Mr. Lee has constantly squawked the BC Liberal line that they are the best at managing BC's finances while mentioning how terrible the economy was under the NDP during the 1990s.

If we look at the NDP decade when it inherited a stumbling BC economy in 1991 and left a BC economy on the upswing in 2001, the BC debt rose from $20 billion to $33 billion in ten years under the NDP.  However, if we look at the 12 years of BC Liberal rule that the BC Liberals themselves tout as a period of unprecedented economic success thanks to their management of BC's finances, the BC debt rose from $33 billion to what is projected to be $64 billion by 2014.  $11 billion of that debt has been incurred over the past 2 years under Premier Christy Clark.  If the BC Liberals have nearly doubled our debt during the so-called good economic times, what will they do during the tough times that are expected to come our way in the near future?  It is a fact that the foundation of Richard Lee and his party's campaign has been built on dishonesty from the beginning.

Let's shift our attention from the big picture and focus it on the local picture here in Burnaby over the past 12 years during Richard Lee's tenure.  The following are 4 local issues on which Mr. Lee has been virtually non-existent (except when its a photo op) yet busy Tweeting about unrelated topics.

During MLA Richard Lee's watch, Burnaby General Hospital was recently rated as one of the worst hospitals (worst 8) in Canada. BGH also has one of the highest rates of C difficile infections in Canada and has the worst hospital fatality rate in BC.  I am sure that many others have personal stories about the state of BGH (a hospital in which I was born), but I'll share one of my own.  During Richards Lee's tenure, my wife (and unborn daughter at the time) nearly died from internal bleeding due to multiple misdiagnosis's at Burnaby General when brought to Emergency as a pregnant patient with extreme lower stomach pains but was sent home after being told at the busy ward that she probably had constipation.  The poor conditions at BGH are directly related to the lack of support for health care professionals by the BC Government of which Richard Lee is a representative.  The recent politically motivated BGH committee scandal involving Richard Lee and other BC Liberal cronies is an example of what Richard Lee thinks of the patients and overworked health professionals at BGH.

The Chevron Refinery at the the north foot of Willingdon Ave was found to have been leaking oil into  Burrard Inlet for quite some time before it became public knowledge in 2010. The source of the leak has yet to be found as it continues to leak into the soil above the waterfront. This problem dates back even further with another leak that was discovered by high school students in 2001.  Despite the problem of the leak and with the air quality concerns of residents in the immediate vicinity of the refinery being in Richard Lee's constituency, the Chevron Refinery has been given a free pass from Richard Lee as no pressure has been put on Chevron to clean up and control the pollution it emits and leaks into the environment.

Education is a provincial matter.  In 2011, the Burnaby School Board introduced Policy 5.45, a policy aimed at combating homophobia and homophobic bullying of children in schools.  The policy brought out a vocal and political opposition from conservative members of the community, many of which are are of Chinese background and a large target group of Richard Lee's election strategy.  Education being a provincial matter, it would have been nice if the MLA representing the BC Government (which happens to have a premier that once was the BC Education Minister) had made a statement in support of a policy that deals with bullying.  However both Richard Lee and his leader Christy Clark refused to make a statement on whether or not they supported the policy.   Their  copout response was that the issue is a matter for the Burnaby School Board.  Premier Christy Clark had a good reason to remain silent instead of doing the right thing because her child attends a private school that opposes such policies that recognize the plight of victims of homophobia.  Richard Lee remained silent either because he himself harbours homophobic beliefs or he is afraid of losing votes and his cushy job.  Only Richard Lee knows the real reason for his silence.  Regardless of the reasons, they do not care about the well-being of all children as they have shown with their silence and inaction  during the height of the controversy surrounding Policy 5.45 in 2011.

After the BC Liberals unexpectedly and underhandedly announced the implementation of the HST days after the previous provincial election and citizen opposition to the HST grew out of the BC Liberals' bungling of the issue, Richard Lee stated that he would vote to support the HST even if the majority of his Burnaby North constituents opposed it.  This sums up Richard Lee as an MLA in Burnaby North.  Richard Lee acts for his political party's interests over the desire of the majority of his electorate.  Richard Lee has never represented Burnaby's interests although he pretends to do so by strategically putting his name on projects and developments that would have occurred in Burnaby regardless of the political party in power and regardless of the person occupying the MLA seat in the Legislature.

There you have it.  The Brentwood area of Burnaby North may hold the distinction of having possibly the worst MLA in BC history based on the fact that he completely ignores the interests of the constituency as a whole in order to save his cushy job.

Disinterest in local issues and voter apathy results in incompetent politicians getting a free ride while they play with our lives and our children's lives.  It is our responsibility to become informed of the issues that affect us locally, nationally and globally and act on that information on election day.  Don't just take my word for what I've said here and please don't take Richard Lee's word for it.  You have 12 days to become informed on the issues.  Research MLA Richard Lee for yourself.  Talk to all the candidates and ask them questions and hold them to account if they try to avoid answering your concerns.  They owe it to you as a voter.

“Elections belong to the people. It's their decision. If they decide to turn their back on the fire and burn their behinds, then they will just have to sit on their blisters.”
― Abraham Lincoln

Please get out and vote this upcoming election.  Who you vote for is up to you.
Posted by Brentwood Station at 11:15 PM