The Solo District project on the SW corner of Lougheed and Willingdon received more coverage in the following Burnaby Now article.  The story highlights the issue of businesses being displaced by construction of residential high-rise towers in the Brentwood neighbourhood.  While the story below only mentions GoodYear Tire Centre on Willingdon Ave, nothing has yet been mentioned about Milestones restaurant (NW corner of the project site) which has been in the neighbourhood since at least the 1990s. 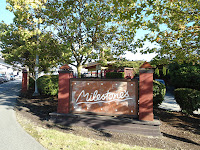 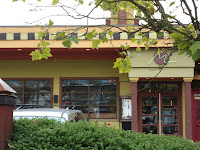 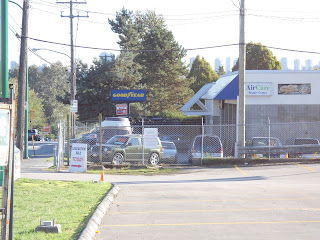 Brentwood development causes concern
BY JANAYA FULLER-EVANS, BURNABY NOW SEPTEMBER 30, 2011
A proposal for a large development in Brentwood has a local business owner concerned for the future of his automotive shop.
Randy Wong, owner and manager of Goodyear Ultimate Source Automotive at 2075 Willingdon Ave., is worried a mixeduse development planned for the corner of Willingdon Avenue and Lougheed Highway will push out his business.
Wong spoke about the issue at a public hearing on the rezoning for the development at Burnaby's city hall on Sept. 20.
"We've been there since 1988," he said in a phone interview last Thursday, adding the business has nearly 10,000 customers. "It's a matter of, if you're getting pushed out, where do you go?"
He is also concerned about the effect the situation might have on his employees. The automotive centre has nearly 20 employees at this time, he said, and also provides training opportunities for students in local high school and post-secondary automotive repair programs.
He is worried businesses like his will be pushed out of the city, as happened in Vancouver, said Wong, who has owned the business since 1993.
Wong has been looking for another space in the area for some time now.
"It's difficult to find something in comparison with what we have," he said, adding finding a property that offers longterm leases in the area is a challenge, as well.
As he has spent many years building the business there, Wong said he would like to stay in Brentwood.
The developer, Chris Dikeakos Architects, did not respond to requests for an interview.
Wong was on his way to speak with the city's director of planning and building,
Basil Luksun, when he spoke with the NOW.
Luksun spoke about the development in a phone interview last week.
The development would consist of four apartment buildings ranging in height from 39 storeys to 48 storeys, a 13-storey office tower, and retail and commercial space at the ground level, according to a report by Luksun.
The site is currently home to an auto dealership with vehicle storage space, a restaurant, an auto repair shop and other generalized light industrial/manufacturing facilities.
Businesses leasing property where the development is slated to go in would be governed by their individual lease agreements, Luksun said, something the city isn't involved in.
Now that council has heard the comments from the public hearing, he said, the rezoning for the development will be considered by council and could go to second reading.
Mayor Derek Corrigan spoke to the issue this Monday in a phone interview.
"We're looking at other areas we can designate for that kind of growth," he said of businesses such as Wong's. Corrigan used the example of Morrey Nissan, which he said wasn't pushed out of the city but instead was moved closer to the highway.
The point is to move businesses that service cars and car owners out of residential neighbourhoods to areas where cars are, such as along the highway, he explained.
"Goodyear and other (similar businesses) can expect that people are going to drive where they are and not take transit," Corrigan said.
The proposed Brentwood development includes plans to include two-zone bus passes for two years with 15 per cent of the residential units.
The developer also plans to put in twice the required bicycle parking spaces and participate in a car-sharing program.
The development would span 6.65 acres from Lougheed Highway to a lane north of Dawson Street, and from Willingdon to Rosser avenues.
If the rezoning goes through, the development would fall under the city's new 's' zoning designation.
The new zoning, introduced last winter, allows for greater density in some multi-family residential districts districts in exchange for building space or money that goes to the city for community and non-profit space.
Developers can then build taller towers in the four city centres, helping Burnaby deal with the population increase expected throughout the region, as mentioned in Metro Vancouver's regional growth strategy, according to the city.
Metro Vancouver has predicted that the 2006 population of 2.2 million people in the region will increase to 3.4 million people by 2041.
© Copyright (c) Burnaby Now