Brentwood Station made the top ten in fare evasion rates

According to the results of a study released by the Vancouver Sun, Brentwood Station was 8th in fare evasion rates in 2009.  The study was conducted by Translink using a test sample of 500 commuters or more at each station. According to the study, of the 508 fares checked in December 2009, 8.7% of commuters were caught attempting to evade fares.  A total of 1, 217, 605 boardings took place at Brentwood Station in 2009. 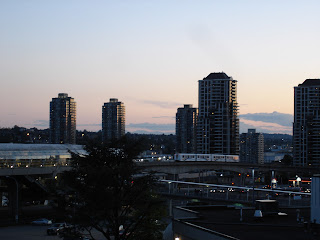 Holdom Station finished 24th out of 25 stations included in the study and had an evasion rate of 4.7% with 576 fare checks conducted in December 2009. According to the study, a total of 767, 552  boardings took place at Holdom Station in 2009.  Gilmore station was excluded from the results due to less than 500 fare checks having been conducted there.
Posted by Brentwood Station at 2:32 PM