23 story tower at Willingdon and Juneau

The City of Burnaby has received a detailed plan for a proposed 23 story apartment at the northwest corner of Willingdon Ave and Juneau Street.  This project will be undertaken by Amacon which is already in the middle of it's low-rise development at Dawson and Willingdon.

2016 vancouvermarket.ca article and image below

Amacon‘s proposed rezoning of a 40,000 SF site in the Brentwood Town Centre area of Burnaby is seeking approval to move to public hearing. The site at 2285 Willingdon is comprised of an assembly of four older industrial buildings, and is located at the Northwest corner of Willingdon Avenue and Juneau Street. The proposed project anticipates rezoning under the RM4s designation. The plan calls for a 23-storey condo tower above underground parking including: 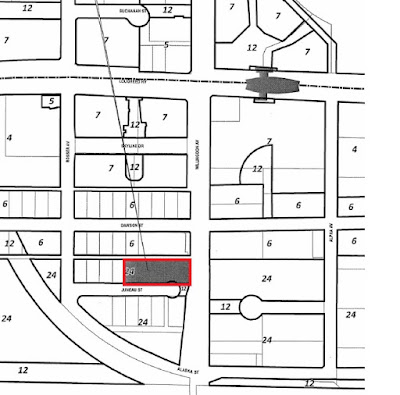 Posted by Brentwood Station at 4:28 PM