BMO, McDonalds and IHOP moving by 2014

I prematurely blogged last year about a plan to relocate the Bank of Montreal by the fall of 2012 to make room for the construction of the Entertainment Plaza during Phase 1 of the Brentwood Mall Redevelopment (BMR).  I've heard from the grape vine that the entire mall front from BMO to the IHOP will be torn down to make room for the new development and plans are being made to relocate the affected businesses to other locations in the mall.  Phase 1 of the BMR is expected to begin in early 2014 pending a public hearing sometime this year. Whereas the BMO's relocation in the mall shouldn't be too complicated, the same can't be said about IHOP and McDonalds.

Where the IHOP restaurant will move is potentially a complicated matter.  The only existing location in the mall where a restaurant might be able to go in would be the recently vacated restaurant inside the old Zellers location on the west side of the mall.  Of course, the entrance to the old restaurant used to be from inside the Zellers.  A way around this would be to renovate and build an external entrance into where the old restaurant stood to allow IHOP to remain in business with a separate entrance into the restaurant.  The other option could be to merely close down the IHOP and not reopen either until the BMR has created a new space for it, or to close it down permanently.  I hope it remains in the mall as there sure aren't many restaurants (if any) nearby that can satisfy a sudden craving for pancakes.

The Mcdonalds will also be required to move from its current location.  The same issue as IHOP arises regarding where a suitable place might be for a McDonalds restaurant. 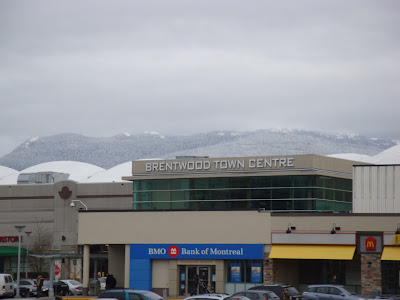 Posted by Brentwood Station at 10:53 AM