With the Canucks having made it to the semifinals, playoff fever is hitting new highs.  The excitement is definitely good for local bars and restaurants if the games are shown there.  Two places to catch the action are Striker's Bar at the REV's Bowling Centre just west of Holdom Station and at Joey Burnaby at the Madison Centre on Lougheed Hwy. 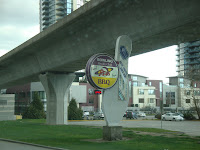 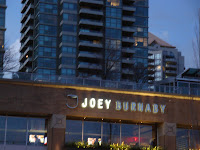 Not all has been rosy with Canucks fever as the sign at Destination Toyota shows (below). In response to the NHL's legal department warning them that they are infringing on the trademark rights of the NHL by displaying the Canucks name, businesses such as Destination Toyota have cleverly resorted to altering the signs to cheer on the Canucks. 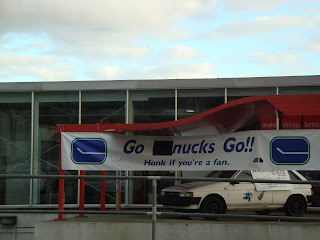 Posted by Brentwood Station at 3:14 PM