Target Corp, the US retailing giant that bought Zellers earlier this year, has announced the first wave of Zellers stores to be converted into Target stores. Although the Metrotown store was included among the 13 BC stores on the list, the Brentwood Town Centre store did not make the list.  Target has emphasized that this is merely the first phase and that more stores will be announced in later phases.

The decision to not include the Brentwood location in the first phase may be related to the fact that Brentwood Mall will be undergoing a major redevelopment in the future and Target will need to collaborate with the mall to transition the Zellers into a Target store at that time. 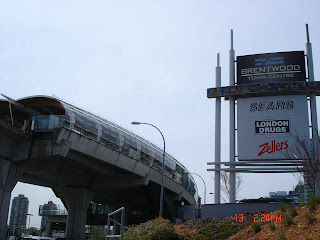 Posted by Brentwood Station at 5:14 PM