The unfortunate fatal car accident that occurred last month on Beta Ave involving a cyclist didn't happen out of the blue.  The scene of crossing pedestrians and cyclists at Brentwood Drive and Beta Ave is one of sheer chaos throughout the day as people race across the uncontrolled section of Beta Ave immediately north of Lougheed Hwy. 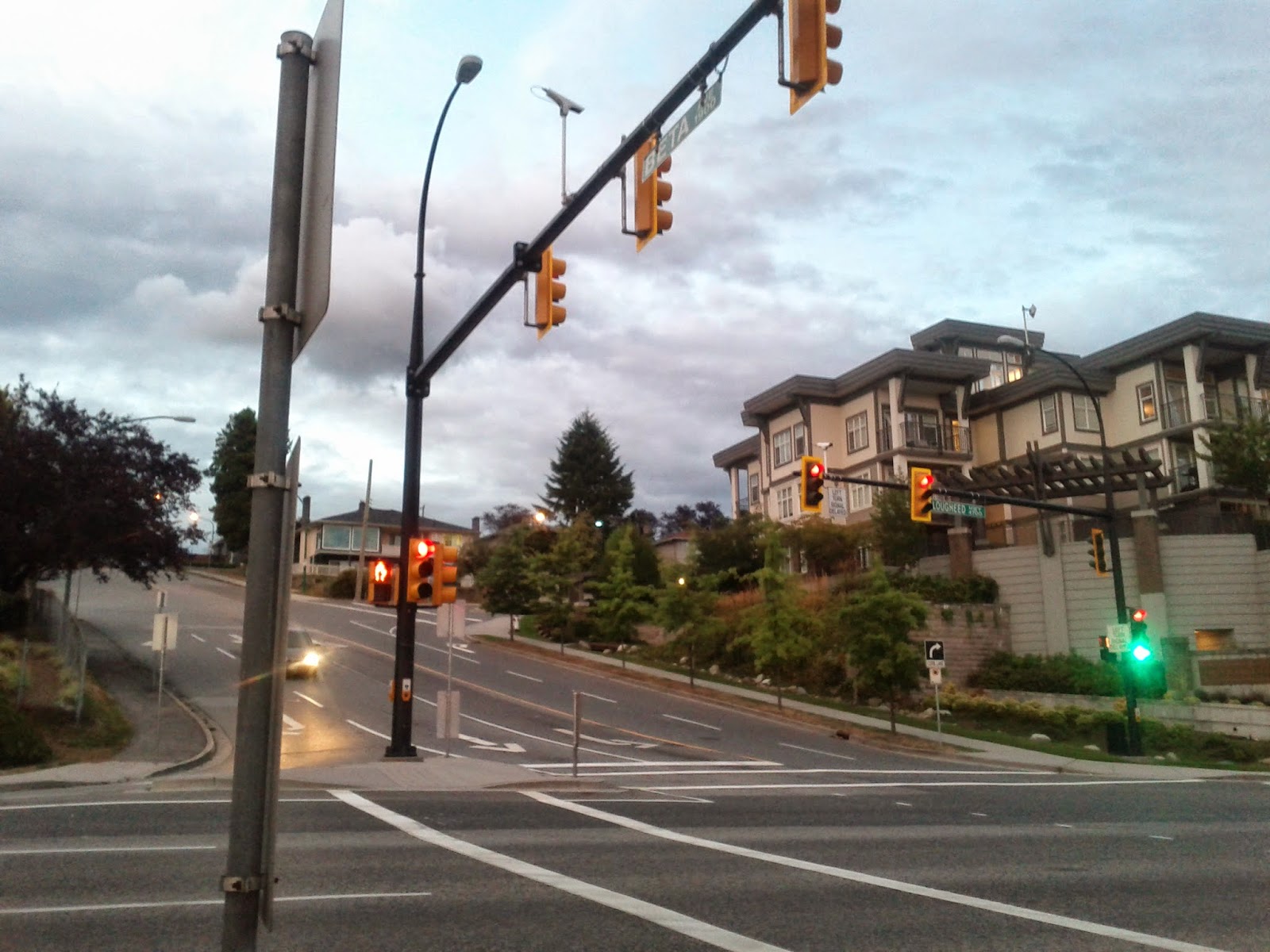 Cyclist killed in crash with car

A 62-year-old Burnaby man was killed when he was struck by a car while cycling in the Brentwood area Tuesday afternoon.
The incident happened at about 1:30 p.m. at the intersection of Brentwood Drive and Beta Avenue.
The cyclist is believed to have been leaving the Brentwood Town Centre mall parking lot and was eastbound headed toward Brentwood Drive, said Burnaby RCMP Staff Sgt. Major John Buis. It's possible his view was obstructed by the hill and a lineup of idling traffic. The driver of the car was northbound up the hill on Beta and believed to be heading into the mall site.
The cyclist was not believed to be wearing a helmet and it's possible he failed to stop at a stop sign, Buis said Wednesday. He died at the scene.
The driver is not from the area, remained at the scene and was cooperating with police, he said.
Longtime area resident Terry MacDonald said the road closure from the incident diverted traffic from Beta onto Delta Avenue for hours. He was not surprised to hear about the accident.
"I'm not surprised at all. It's a chaotic area that we've tried to address with the city."
The intersection at Beta on the north side of Lougheed opened in 2002 when the SkyTrain line came in, said MacDonald. It's a move that was supported by the Brentwood Ratepayers Association to help traffic get from the mall to Lougheed more easily.
But Beta was never blocked off to restrict access from the residential streets up the hill to the north, which turned it into a rat-running route for commuters trying to avoid the intersection at Lougheed and Willingdon Avenue, he said. And then in 2008 or so, the condo development was built on the east side of Beta, which only added to the traffic congestion.
"Where this incident took place is where you have ratrunning traffic heading down the hill from Brentlawn Drive, you've got ratrunning traffic coming up the hill from south of Lougheed Highway on Beta, you've got traffic going in and out of Brentwood Town Centre, and you've got traffic going in and out of Brentwood Drive, the high-density apartments," he said.
"It's a very congested intersection. Coupled with vehicles now using it as a ratrunning route, you've got a combination of a great deal of pedestrian traffic, cycle traffic, and automobiles all fighting for space."
Burnaby's assistant director engineering  Doug Louie said the mall driveway on Beta closest to Lougheed is being monitored due to the large number of pedestrians crossing between the mall and Brentwood Gate, the housing development to the east.
"It's an awkward area because of the steepness of the road and it's close to a signalized intersection which makes it challenging."
But there are plans, as part of the mall site's redevelopment, to make the area more pedestrian-friendly, with crosswalks and road narrowing, Louie said.
wchow@burnabynewsleader.com
twitter.com/WandaChow
Posted by Brentwood Station at 1:56 PM