City gets cash in lieu of Aviara amenity space

The Brentwood Town Centre Amenity Bonus Fund will receive cash from the developer of the Aviara Project at Halifax and Gilmore.  The Density Bonus Fund is a pool of cash received from developers in exchange for the City allowing greater density for multi-family development projects in the Brentwood Town Centre.  According to the City Of Burnaby, the Aviara Project will add roughly $6.5 million to the existing fund, bringing the total to roughly $13.4 million.

Previous benefits derived from the Density Bonus program include 2 childcare centres, 19 affordable housing units, and approximately 20, 000 square feet of non-profit office space.  20% of the Density Bonus Fund will be allocated towards affordable/special needs housing while the remainder will be used in whole or in part for other amenities in the Brentwood area.  The upcoming Solo District and Brentwood Redevelopment should significantly increase the Bonus Fund or amenity space in the area.

The question arises as to whether or not the public get to have input on the types of amenities to build in the neighbourhood.  I wonder what kinds of ideas residents would have for using the density bonus?  I would imagine that some really good ideas would come out of a public forum. 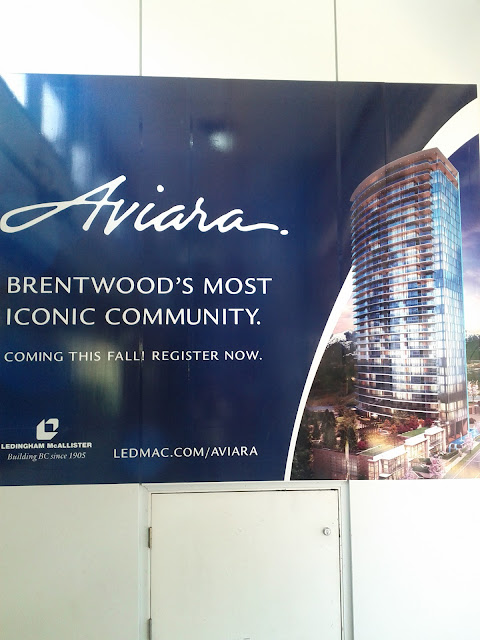 Posted by Brentwood Station at 9:22 AM