Concord Pacific has revealed (images below) what the first towers will look like and where they will be situated on its massive Woodlands site. 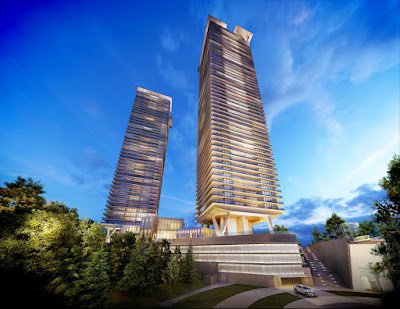 The style reminds me of the old BC Gas building  called, "The Cube" at 1333 West Georgia in Vancouver which, I was told as a youngster, was designed to withstand earthquakes. 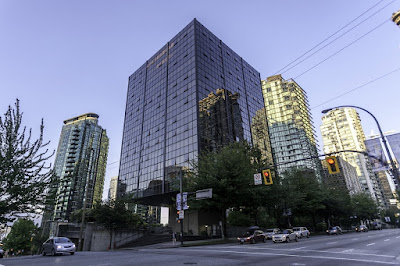 Hillside West will sit at the site's highest point on the south side of the newly named "Lougheed Parkway" stretch of Lougheed Hwy, across from Brentwood Gate.  It will be at the most westerly point along Lougheed consisting of two towers.  The next two towers will be east of the first two and will be aptly called, "Hillside East." 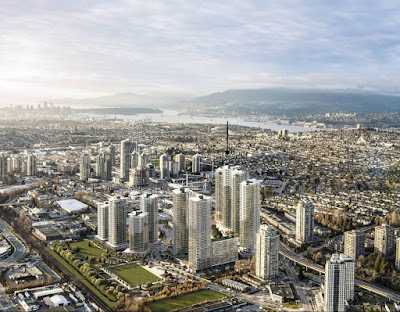 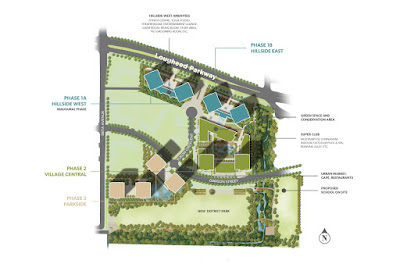 Posted by Brentwood Station at 8:28 AM