As the Brentwood area continues its transformation from the evening quiet, dark void into the evening entertainment destination that it is slated to become I can't help but take a few photos of it's current state.    It will be the only evidence of how quiet the neighbourhood once was. 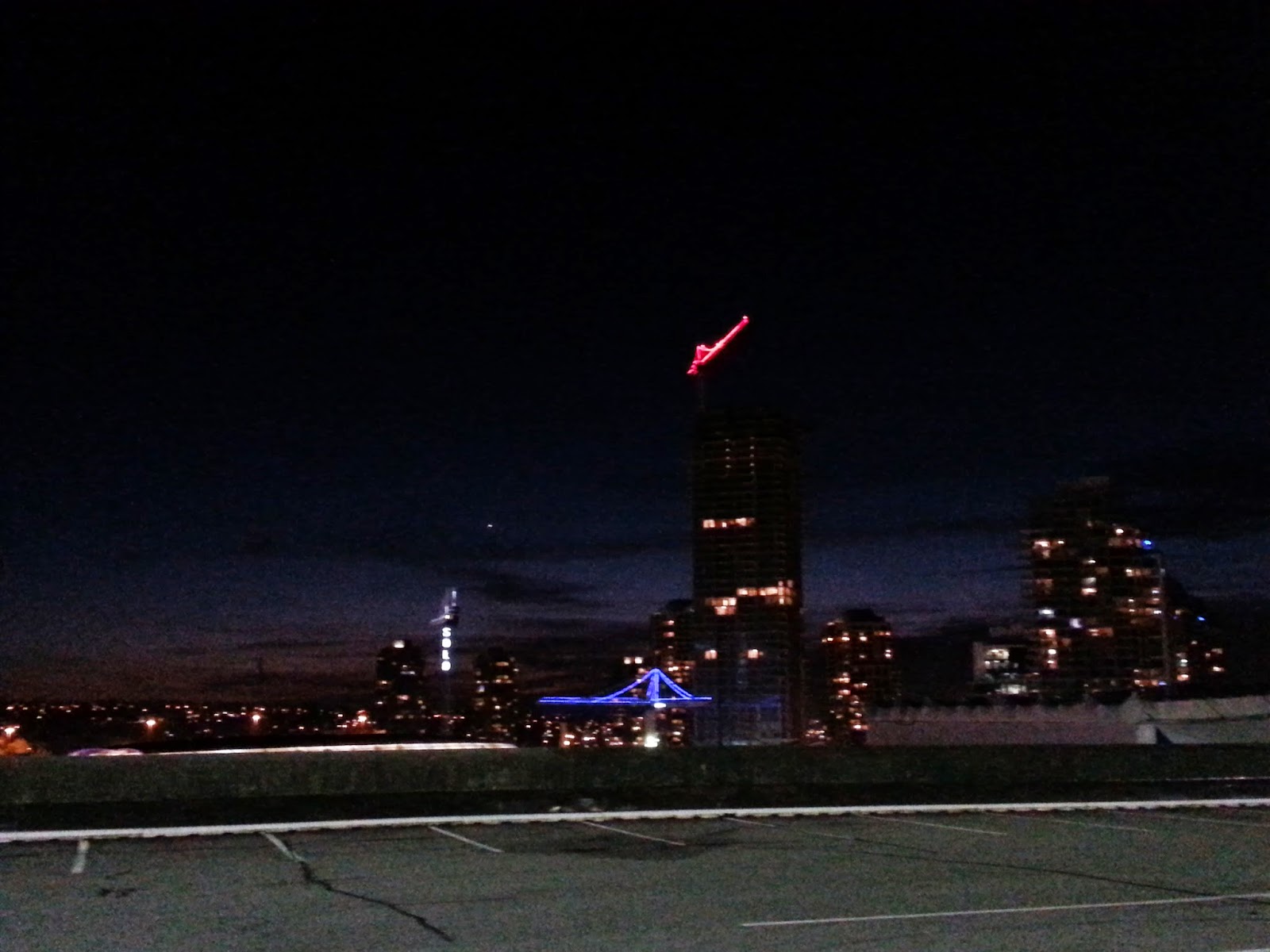 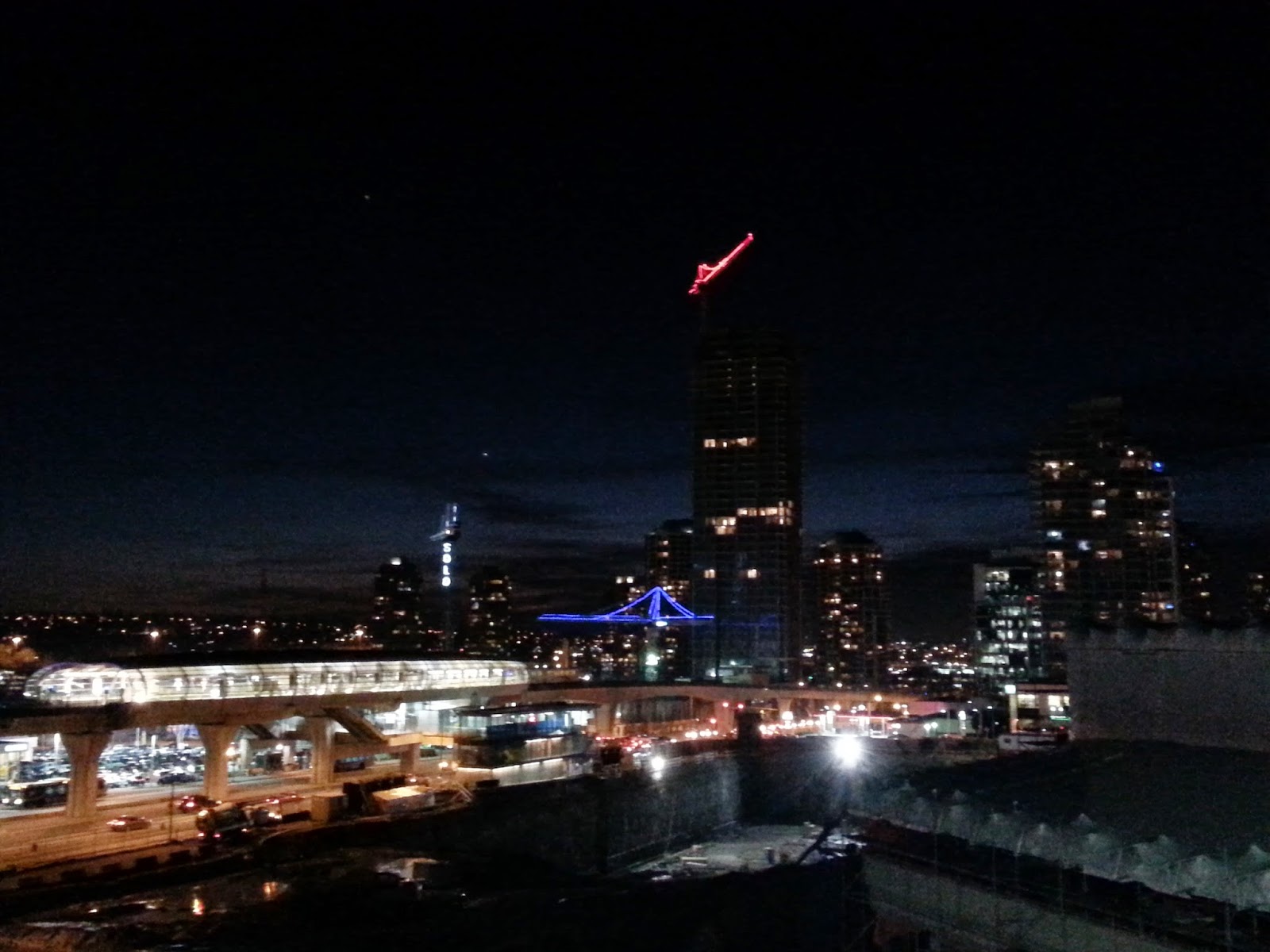 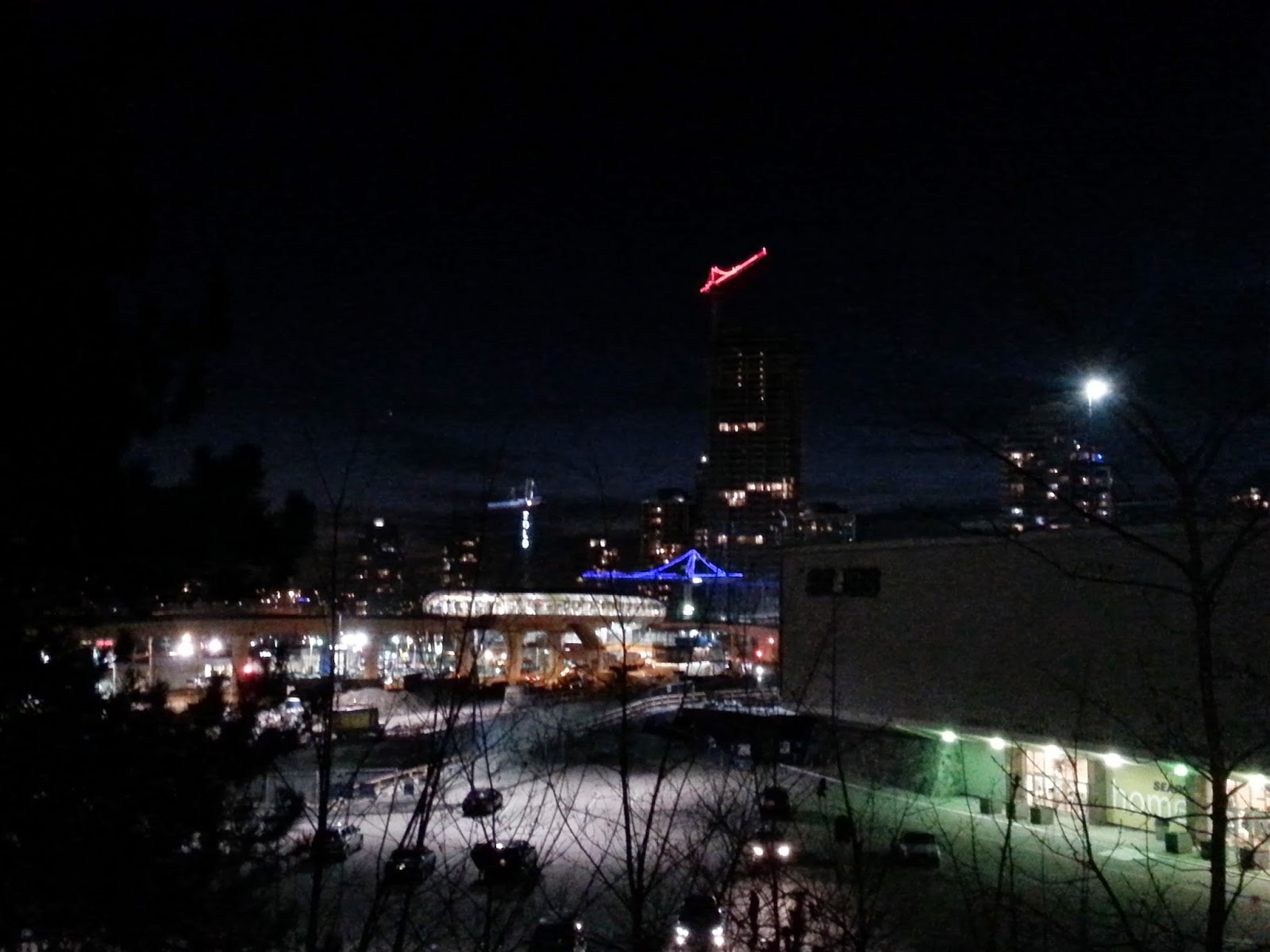 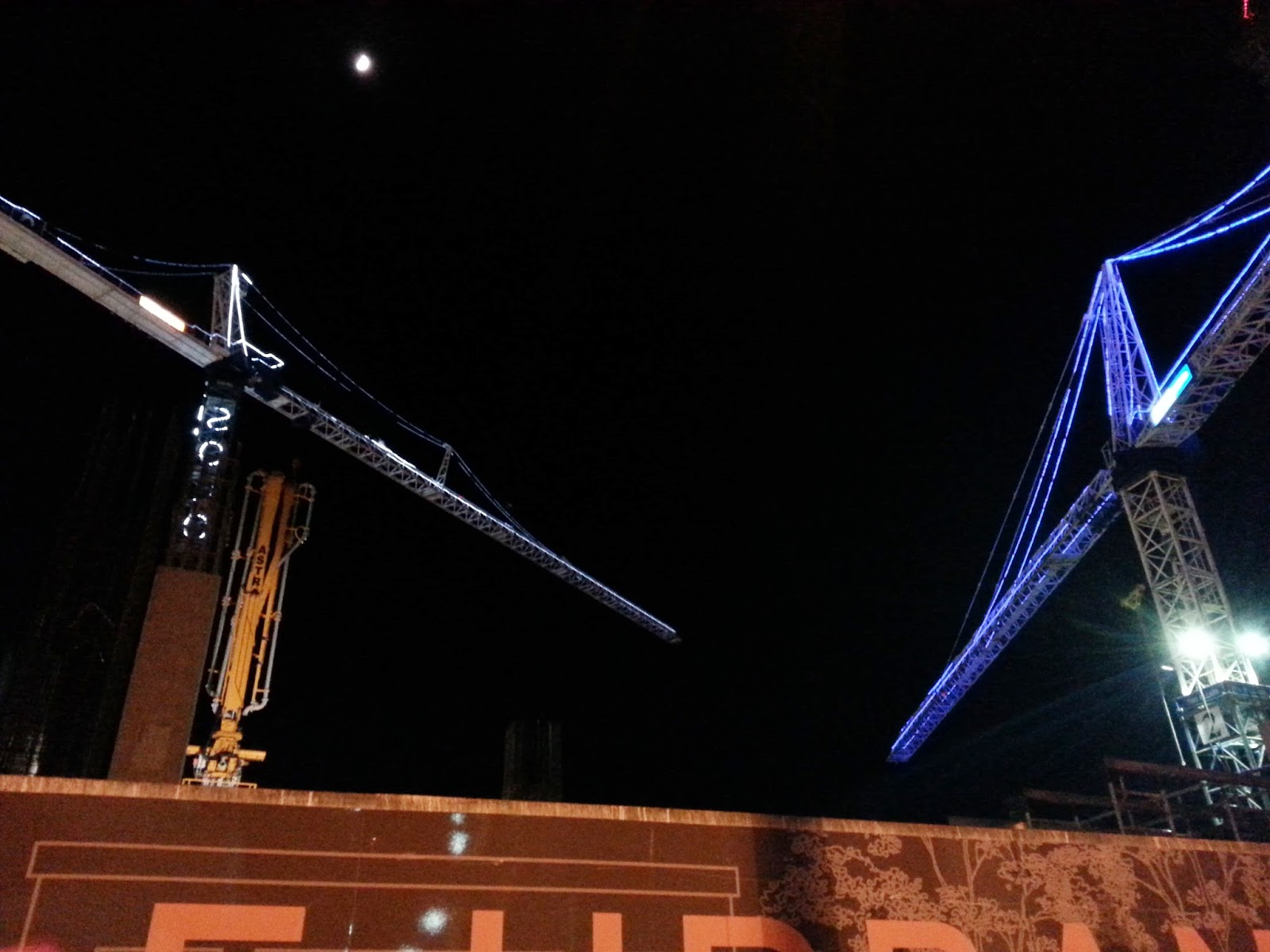 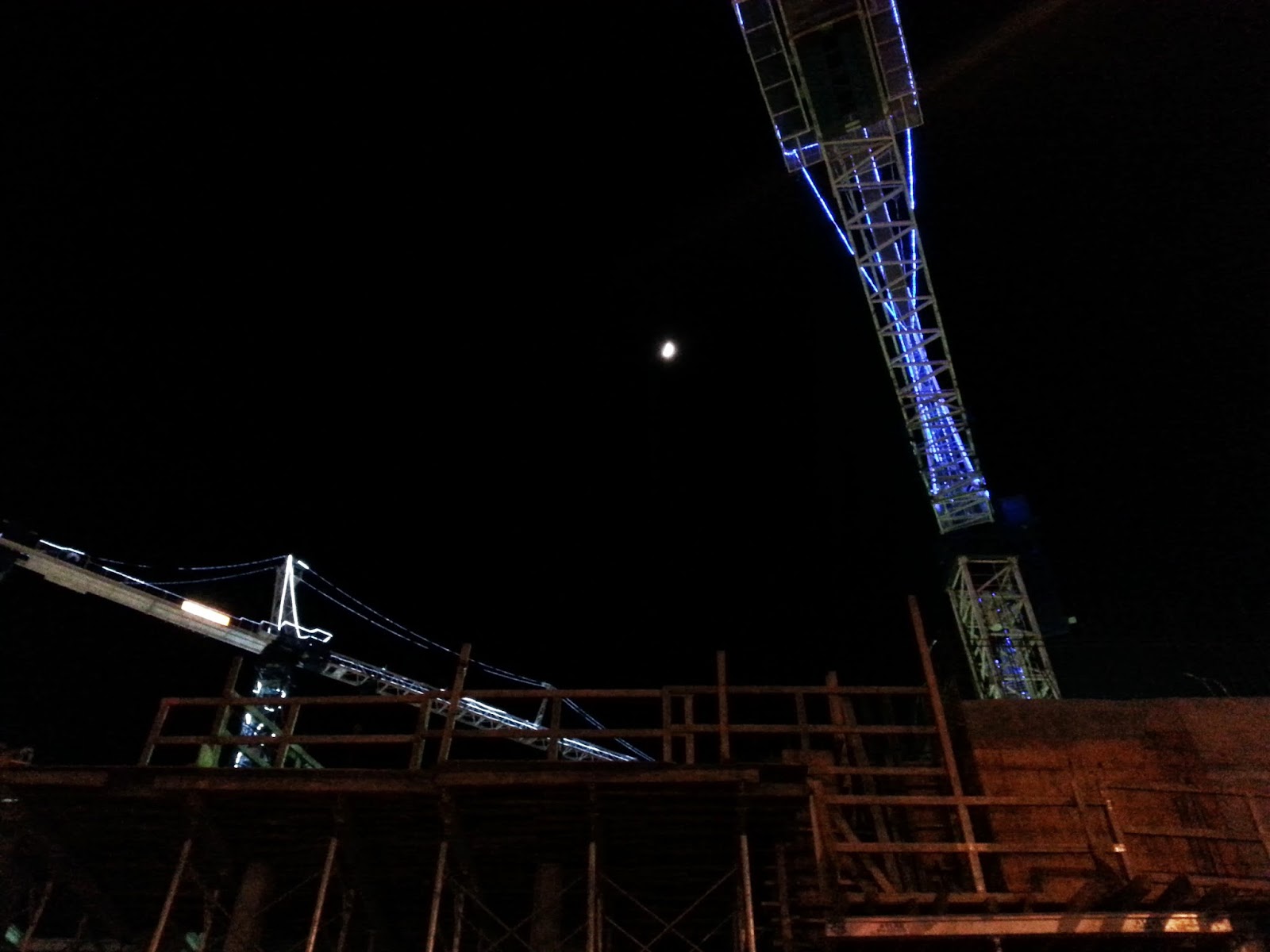 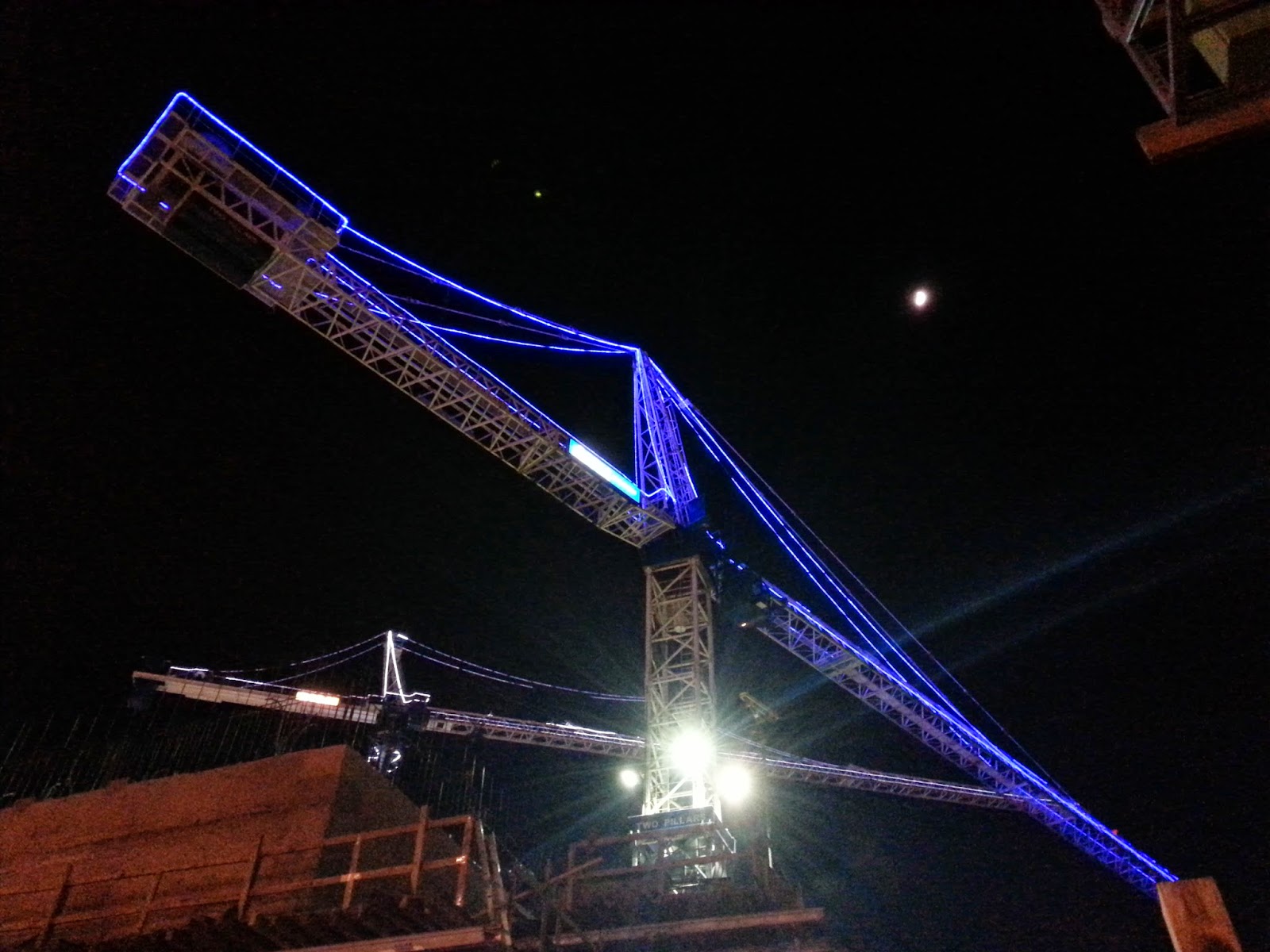 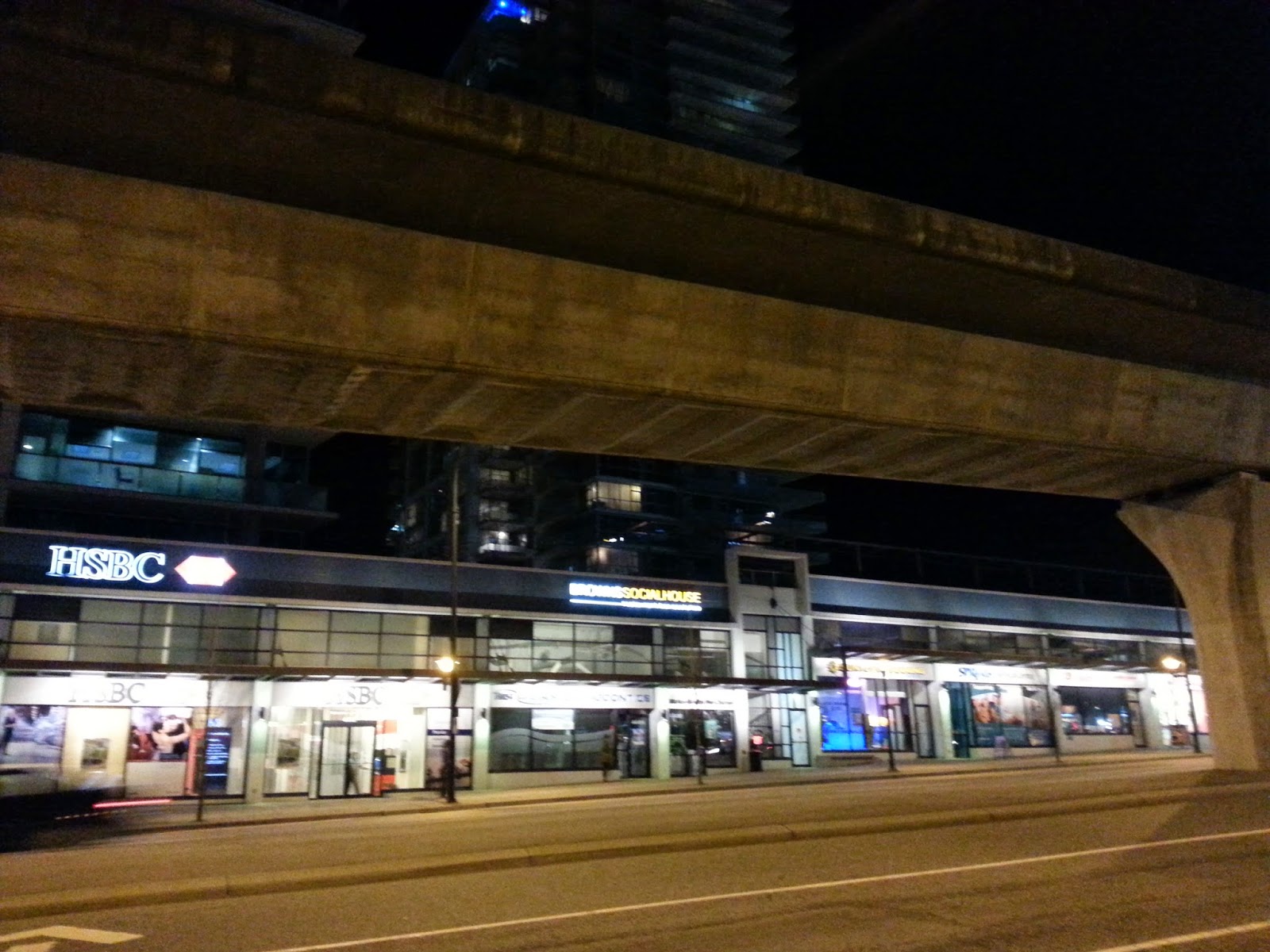 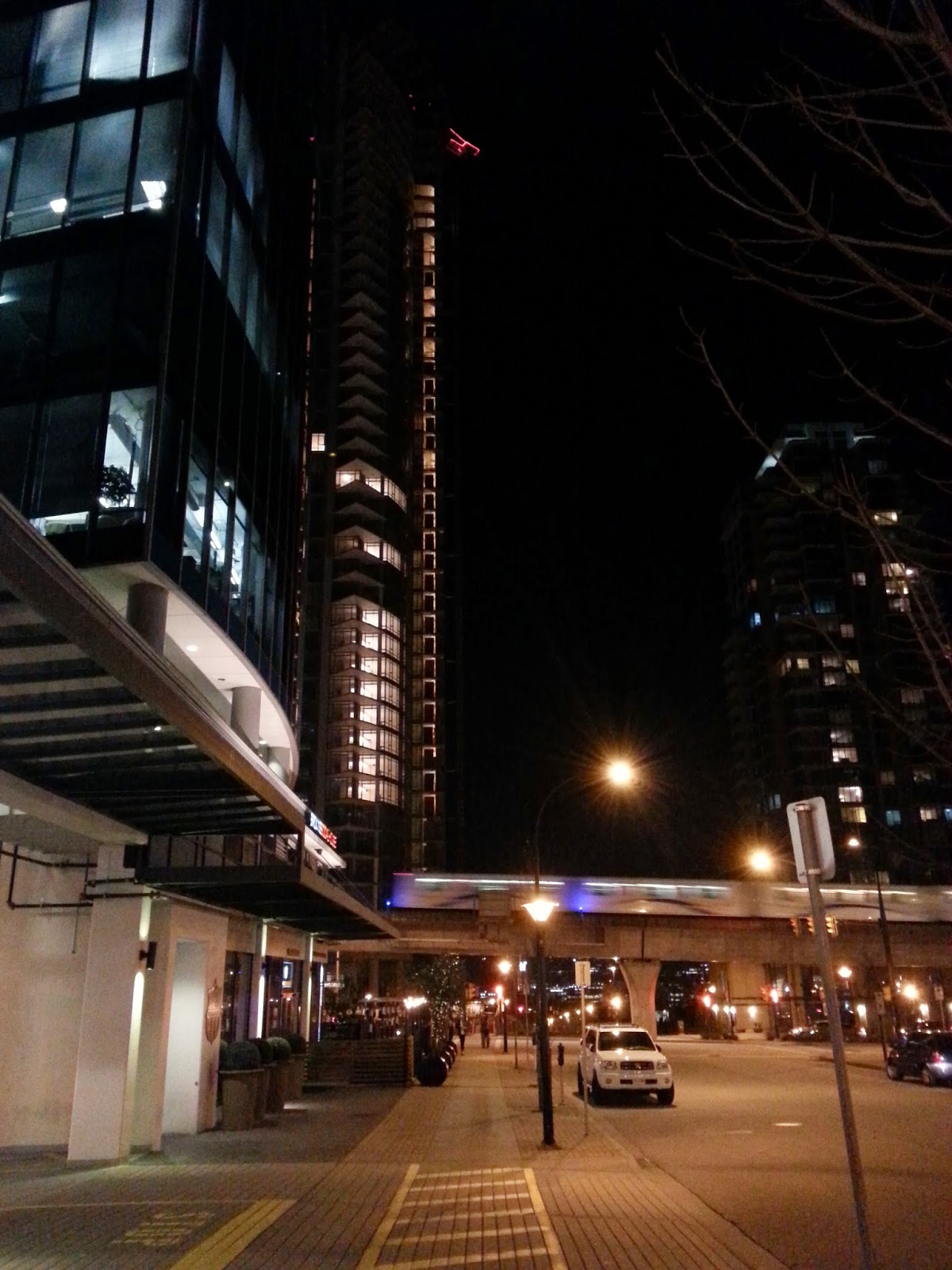 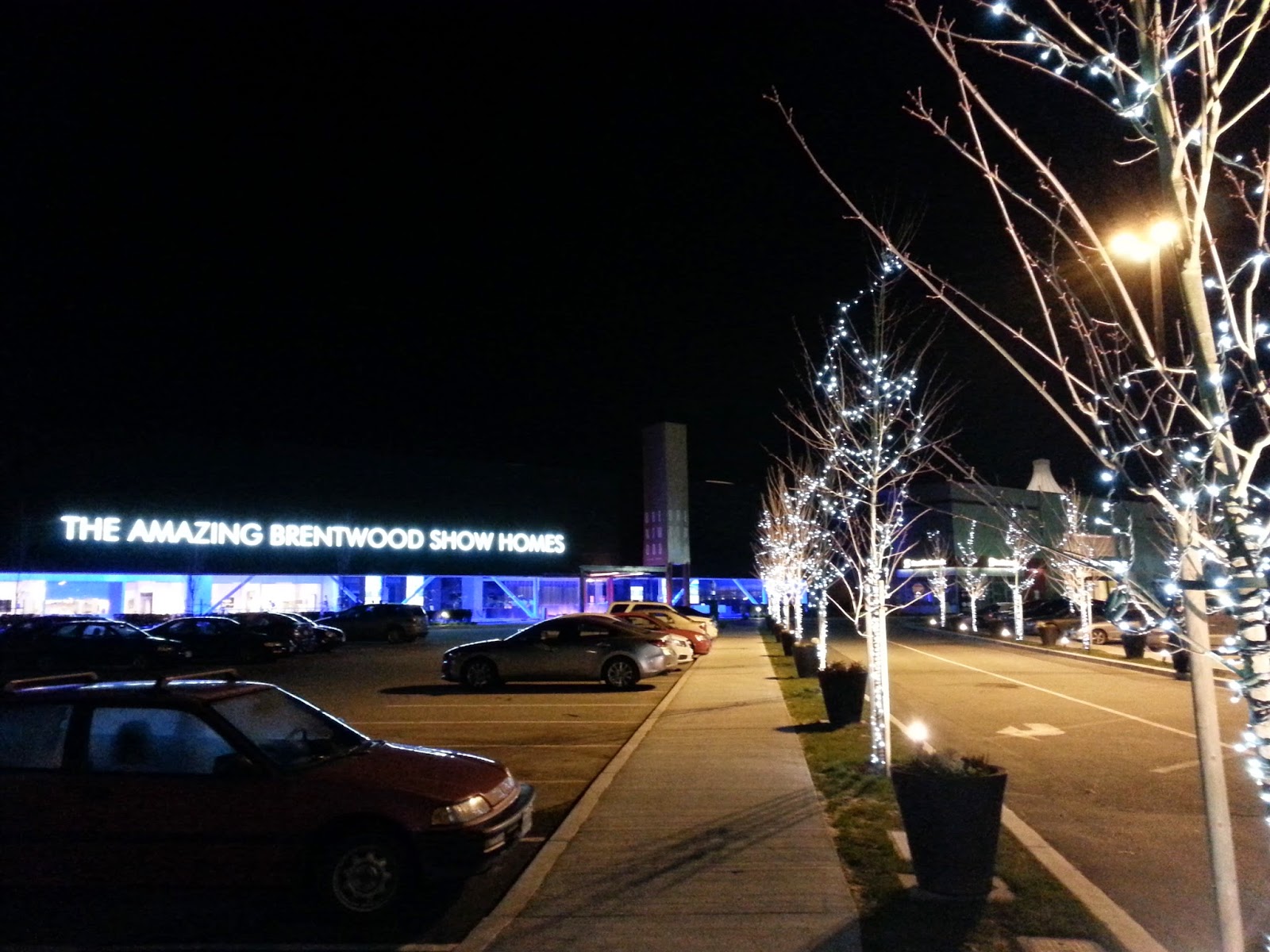 As Brentwood continues to change with current and future developments on the books, we will begin to see increased street-level human activity.

The City of Burnaby has posted guidelines for street and sidewalk design in its town centres.  Brentwood Town Centre is mentioned with a map of the area included.  The following images and more detailed information are available for viewing on the City of Burnaby website through the link below: 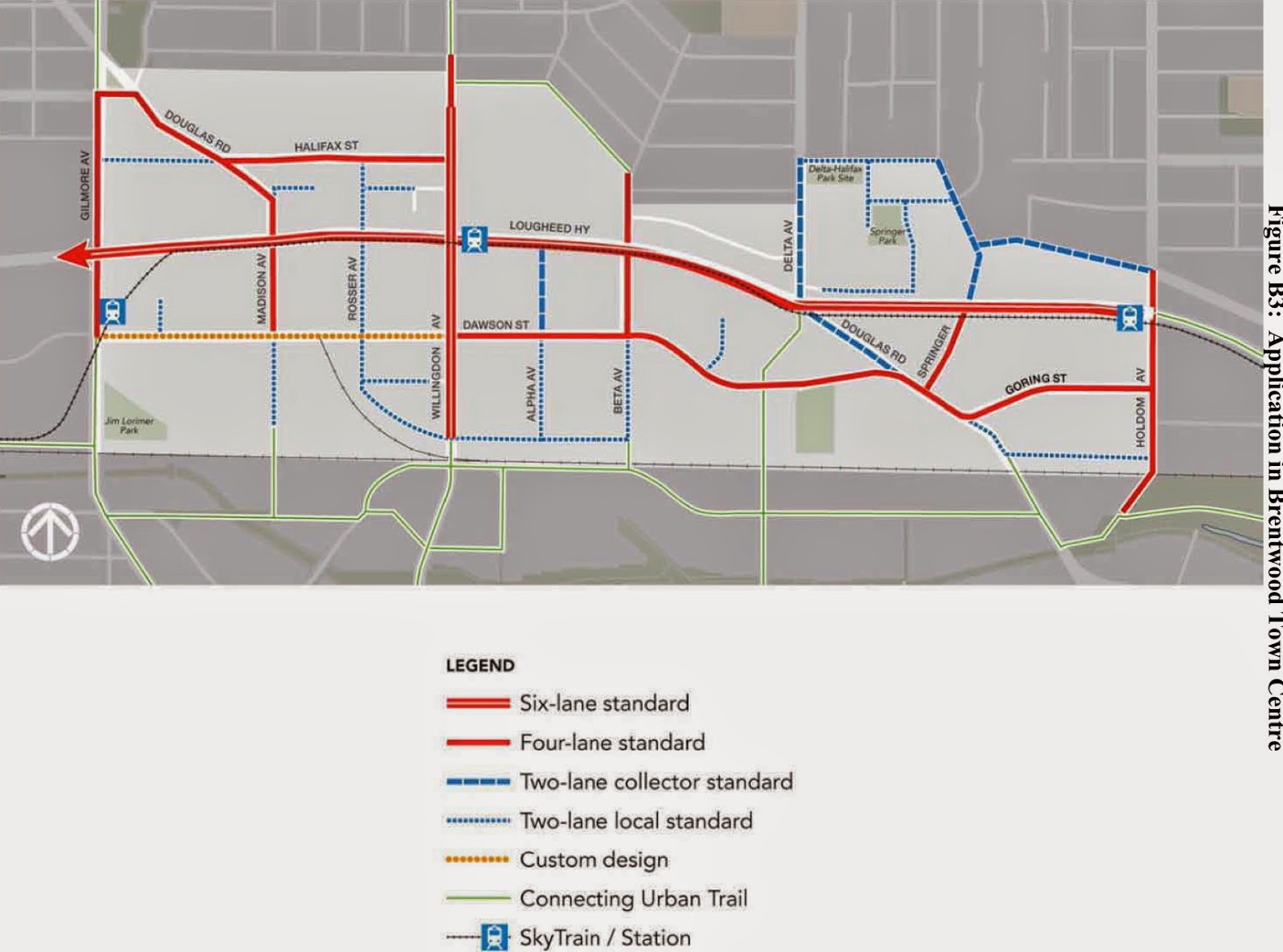 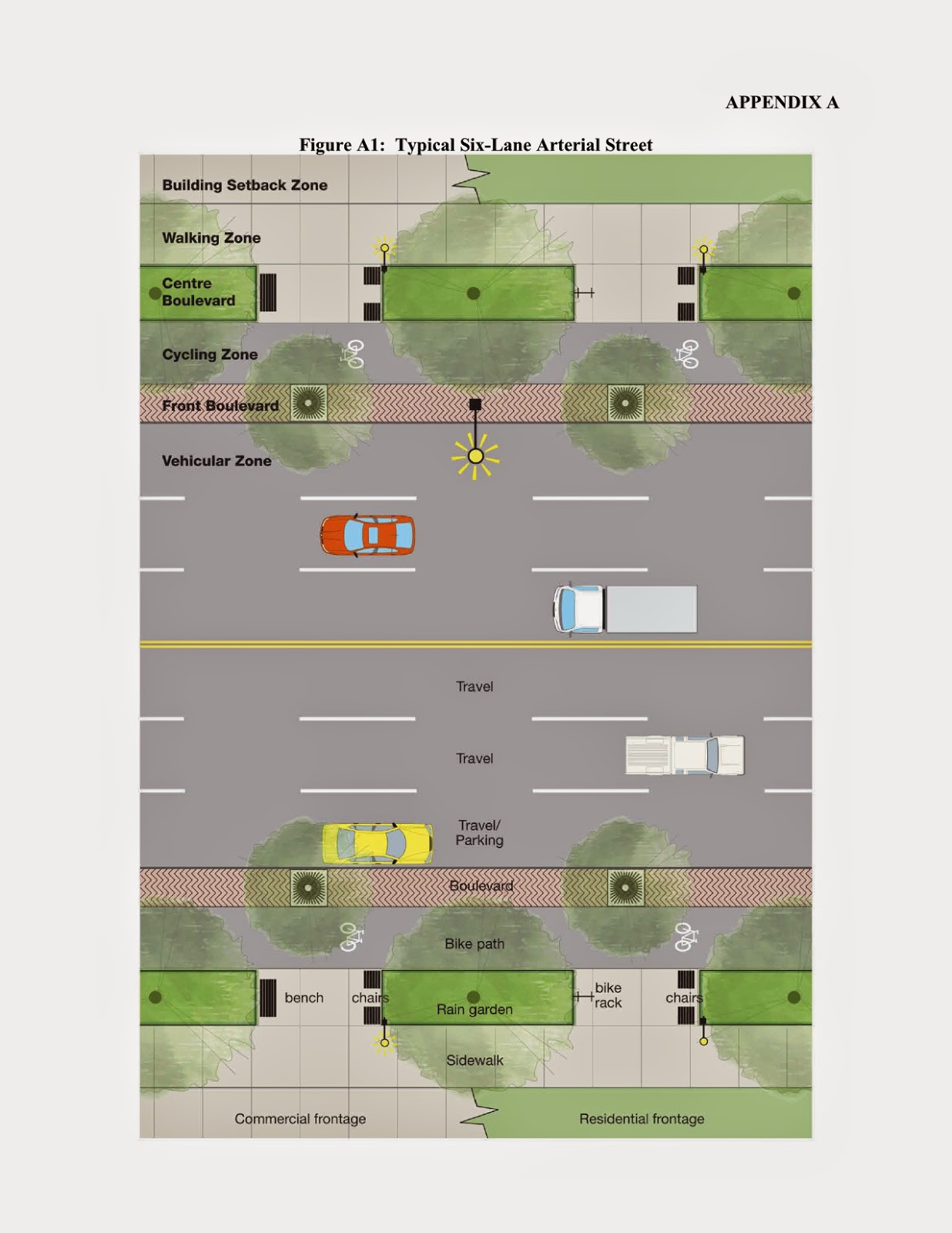 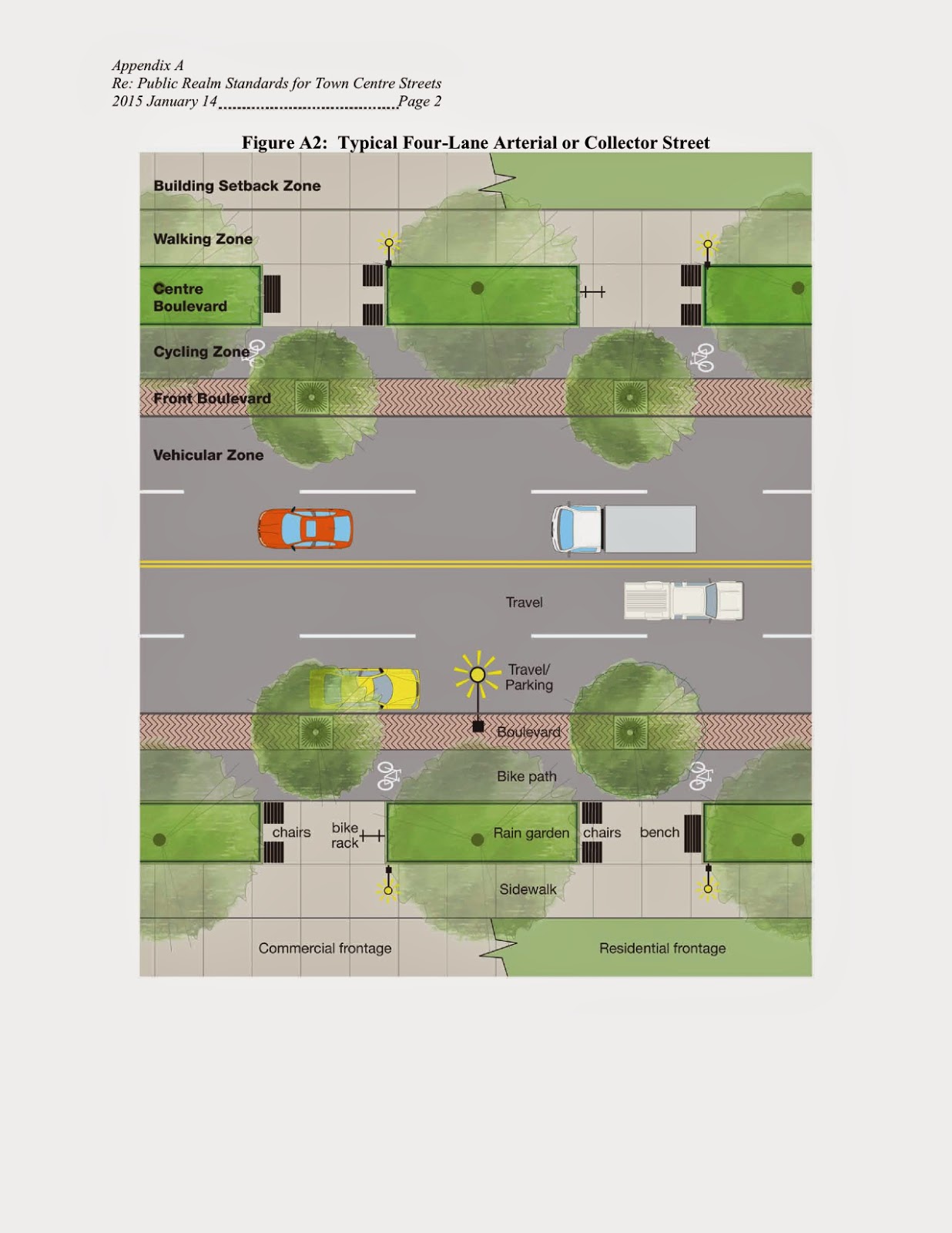 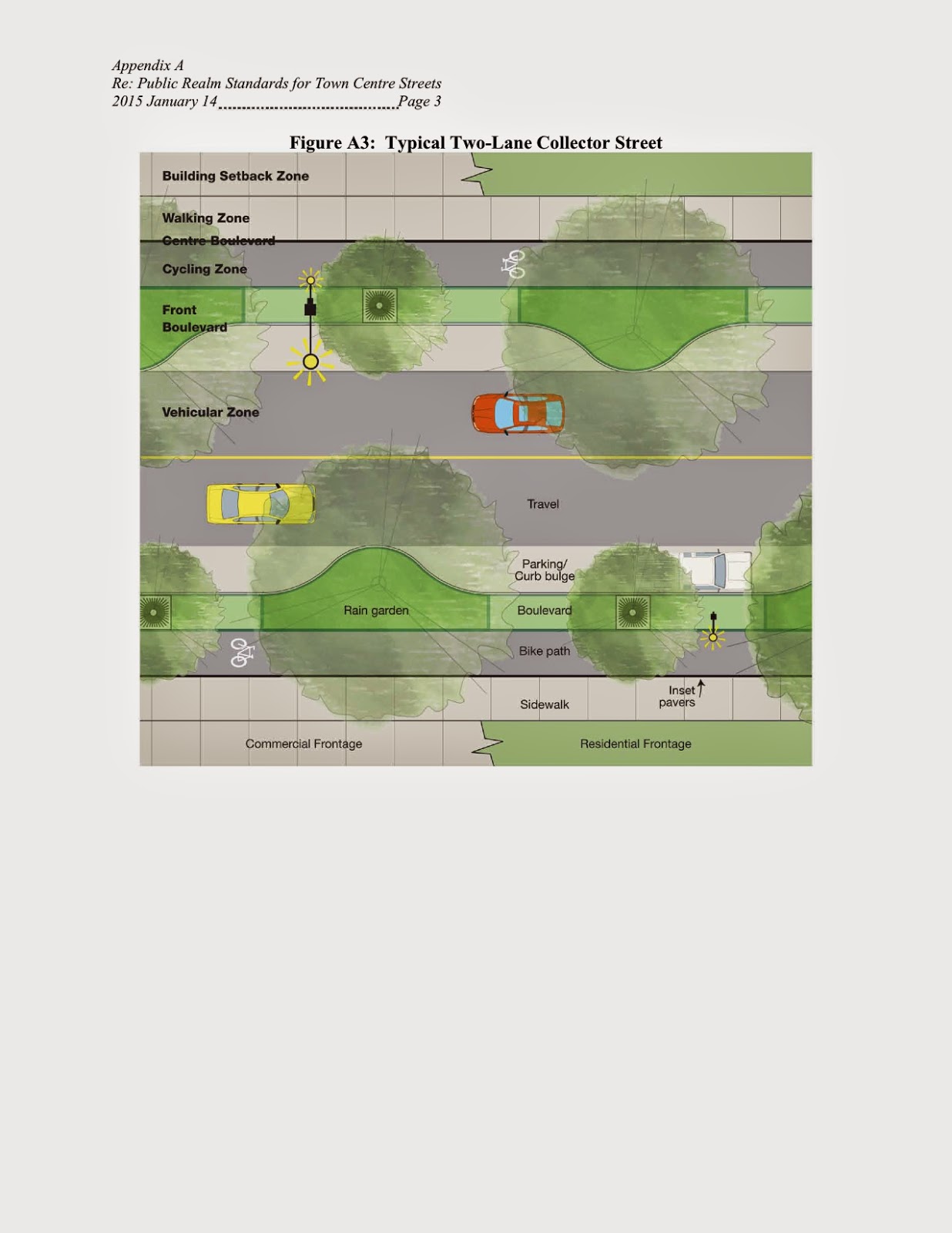 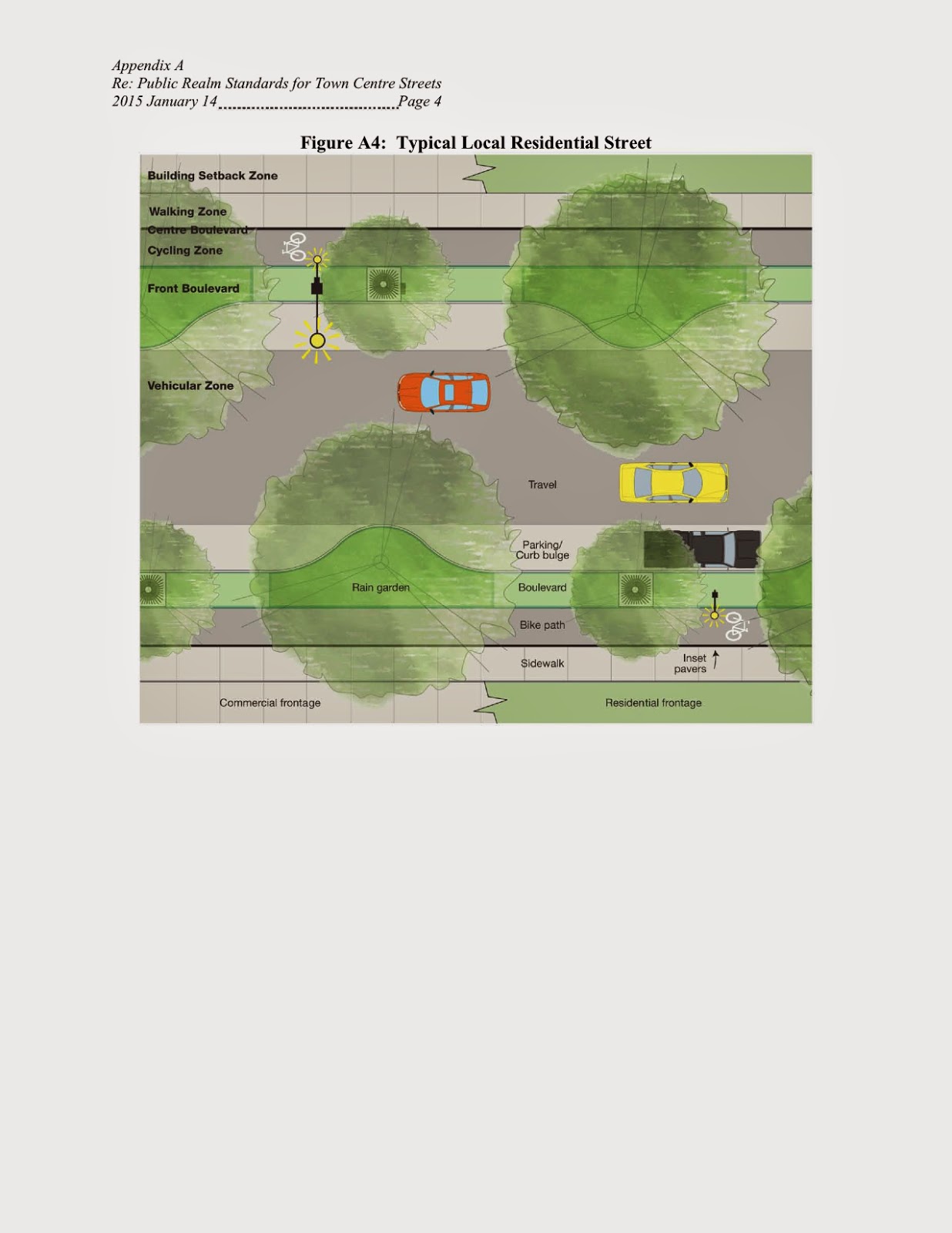 Posted by Brentwood Station at 10:55 AM No comments:

The new underground entry from Lougheed Hwy continues to be carved out into what used to be the eastern parking lot of Brentwood Mall. 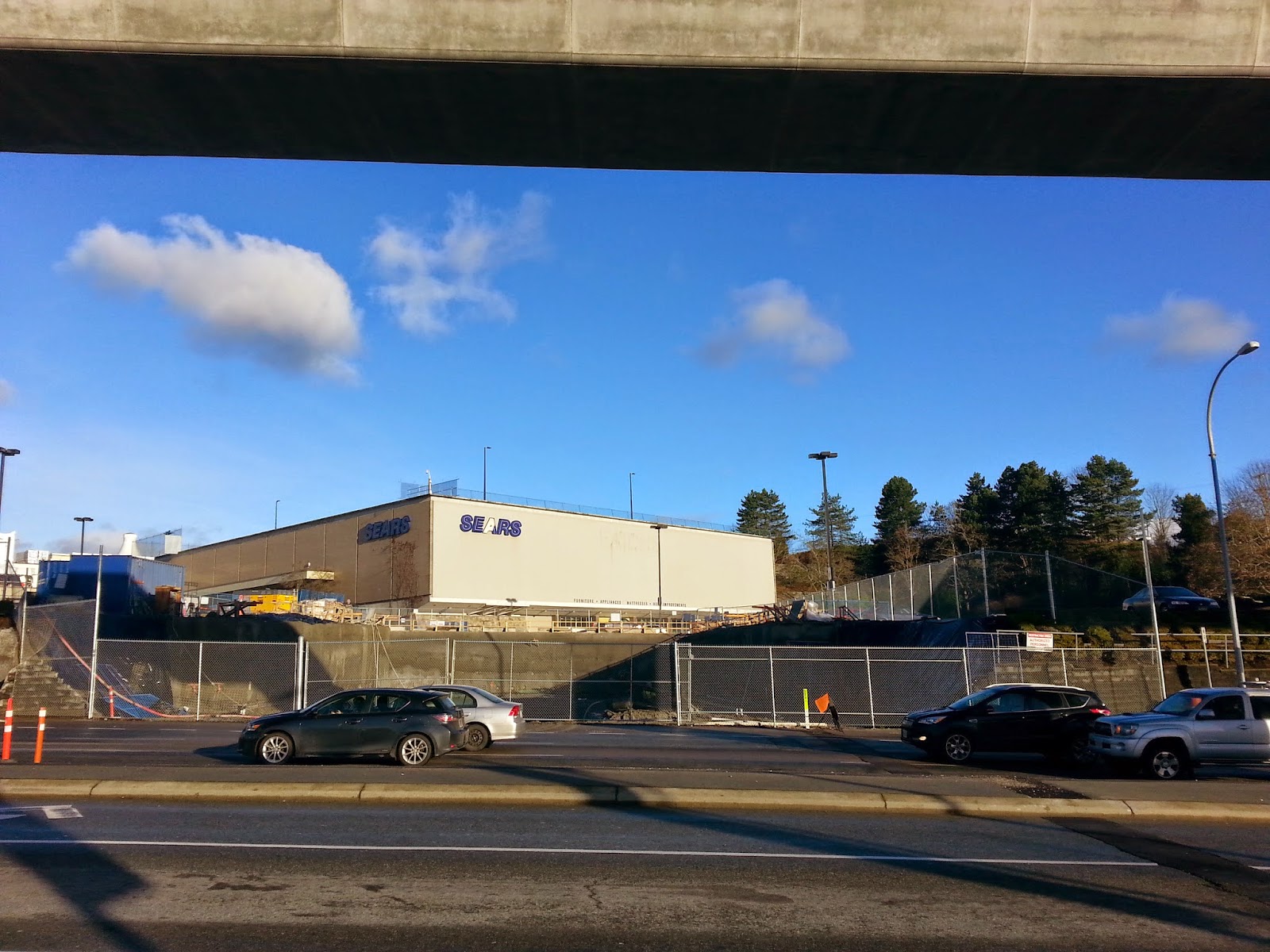 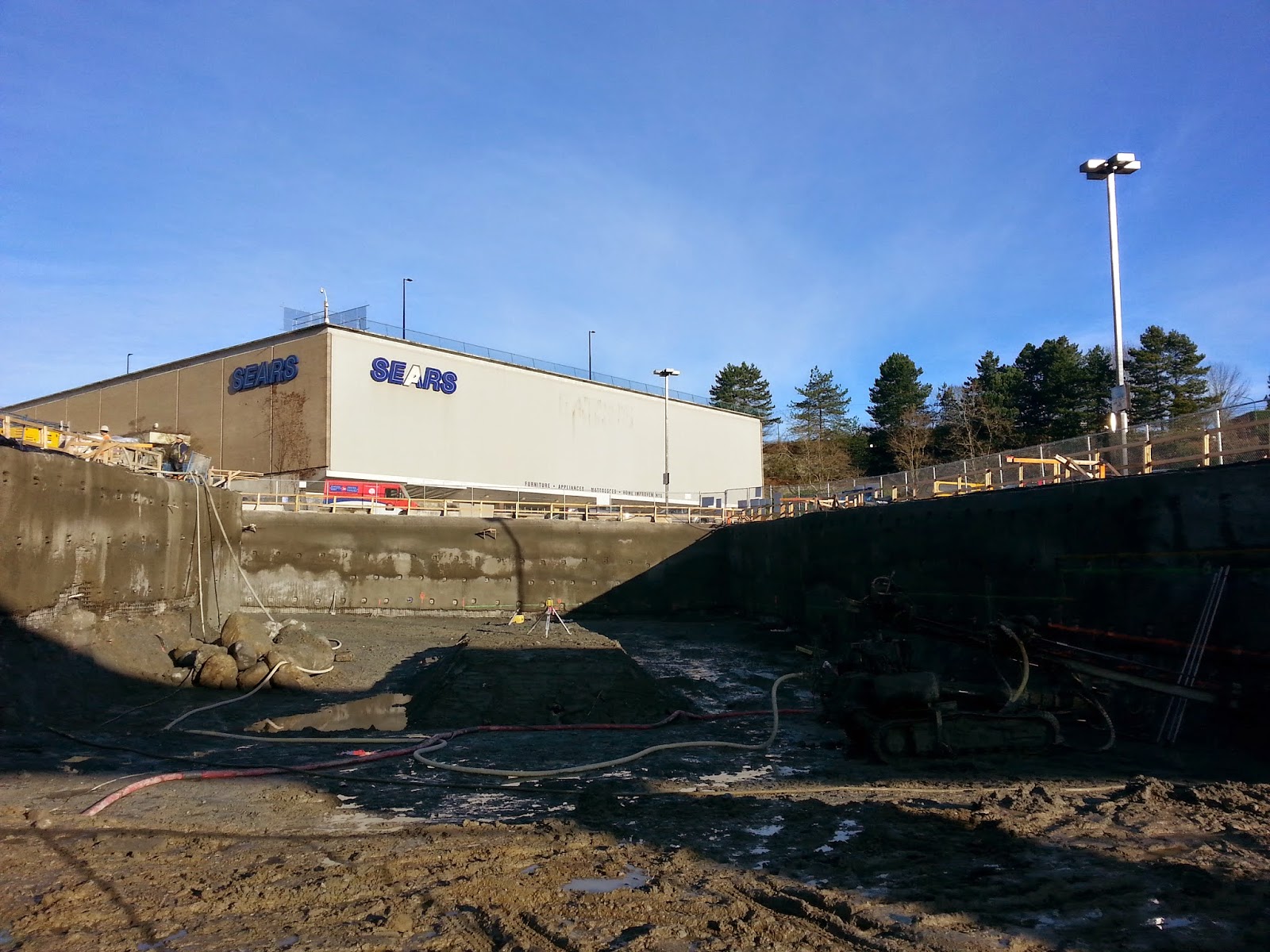 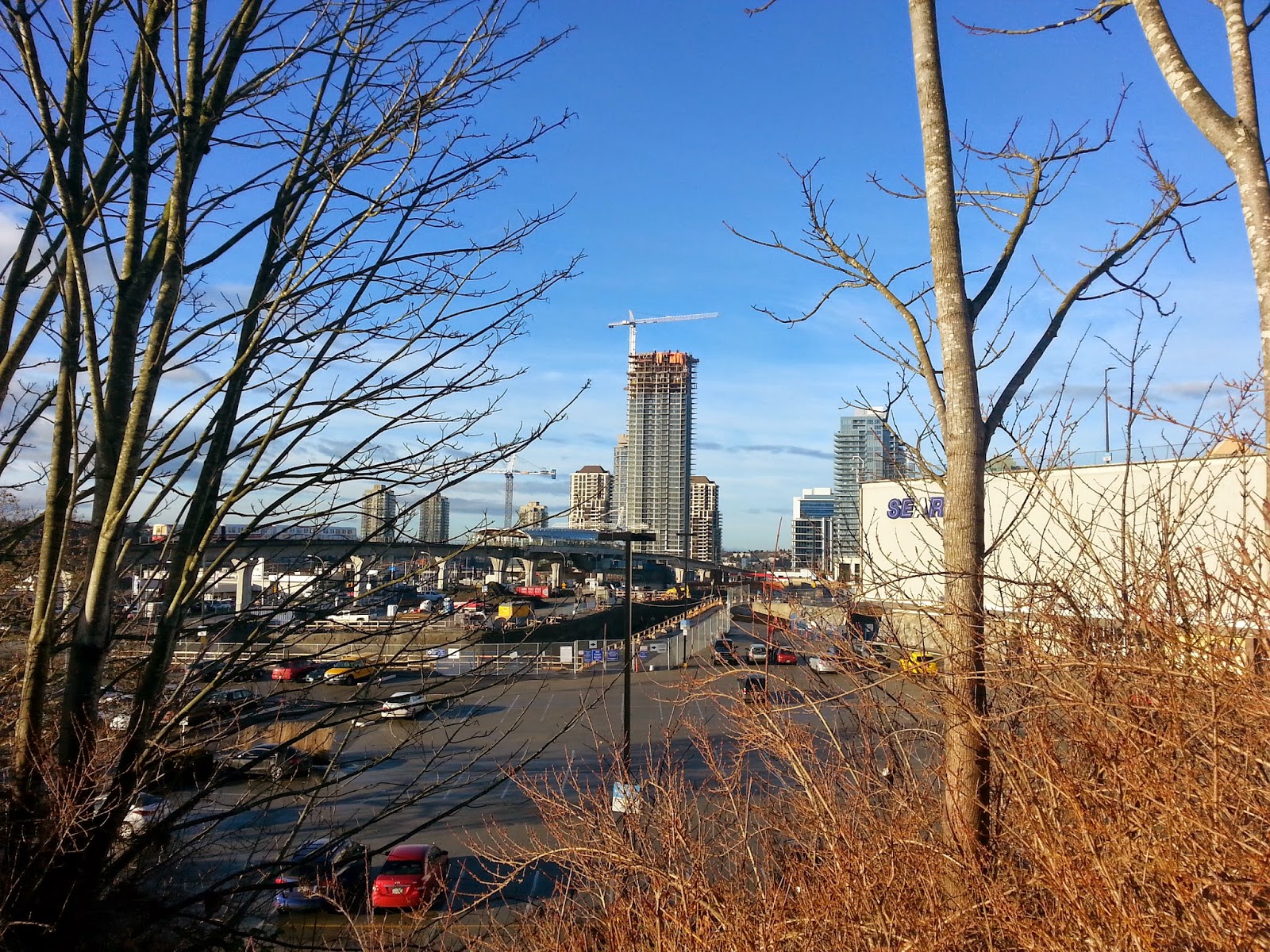 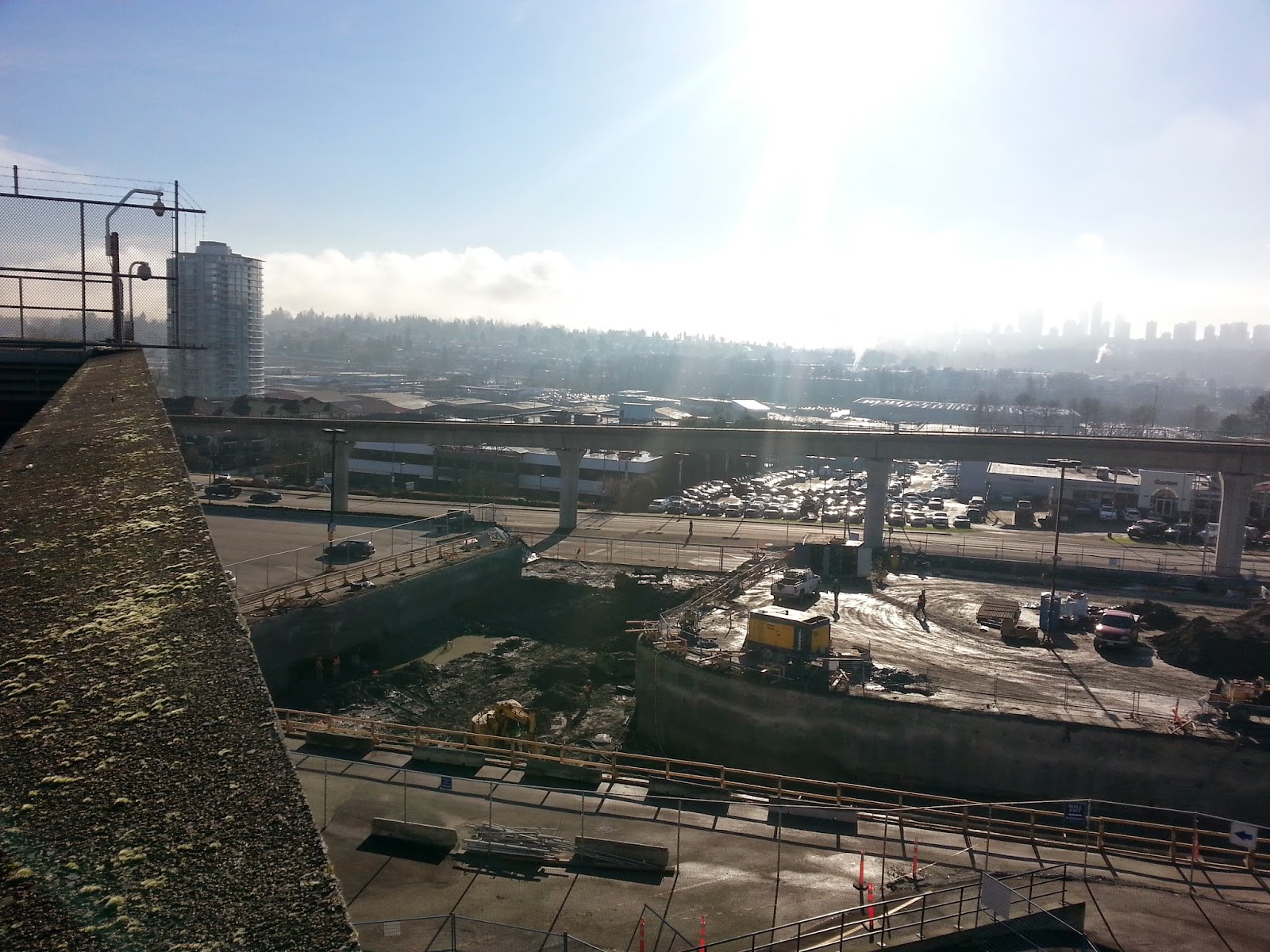 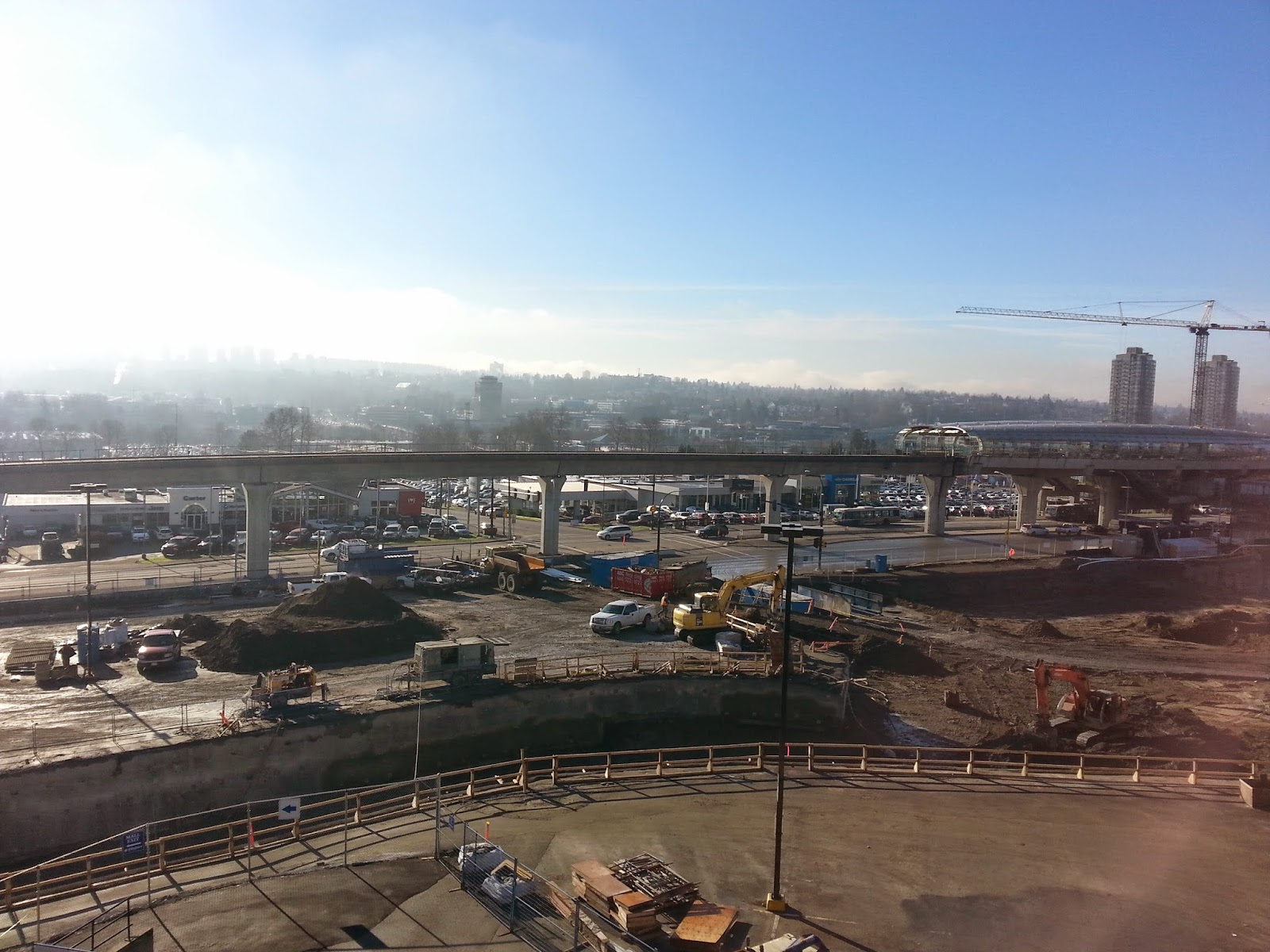 The Stratus tower in Solo District is now tentatively scheduled for occupancy by October this year.  The original occupancy had been August.  However, Whole Foods may open earlier than the occupancy date.

The Whole Foods sign has already been installed on the retail level of the complex. 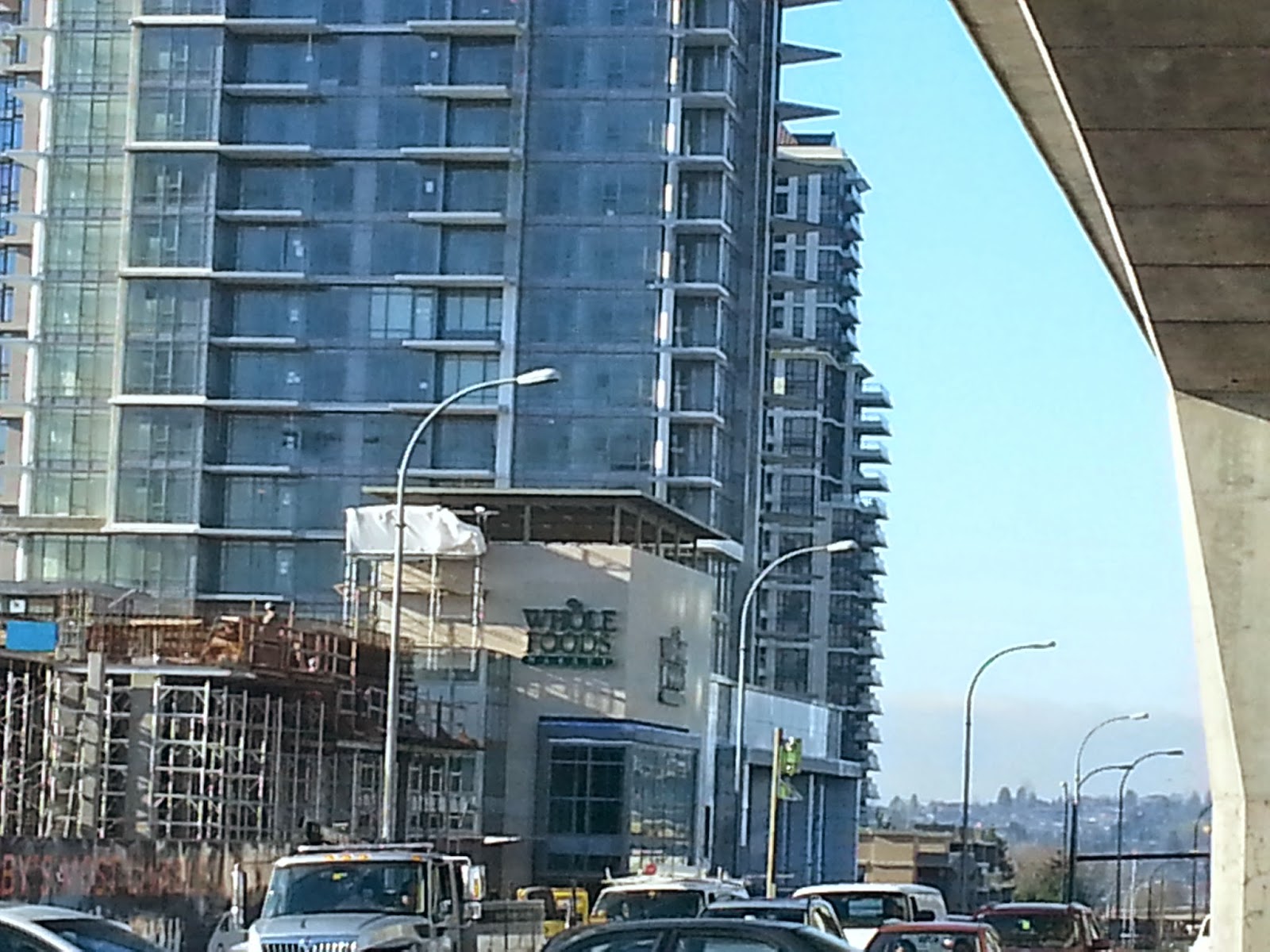 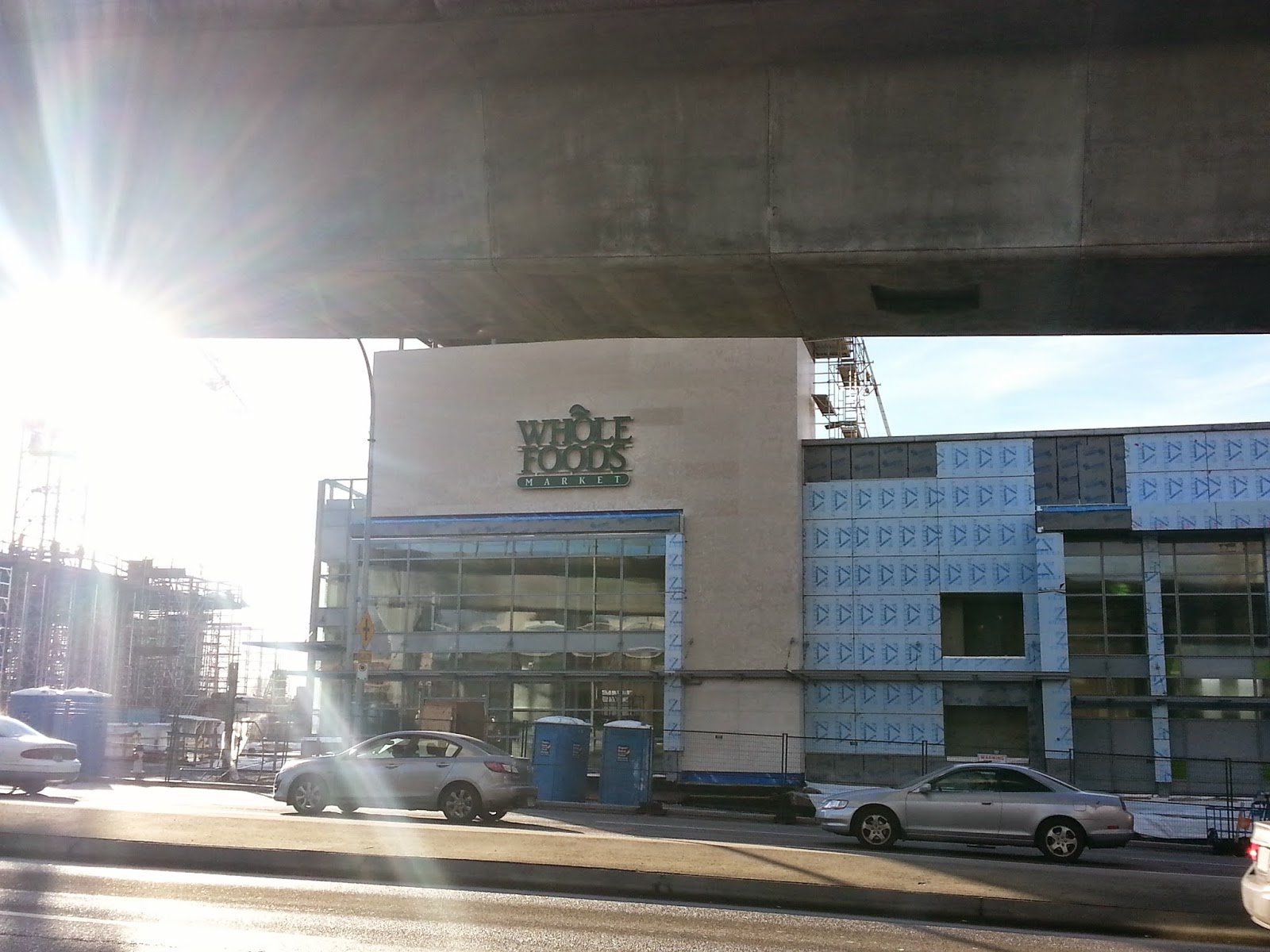 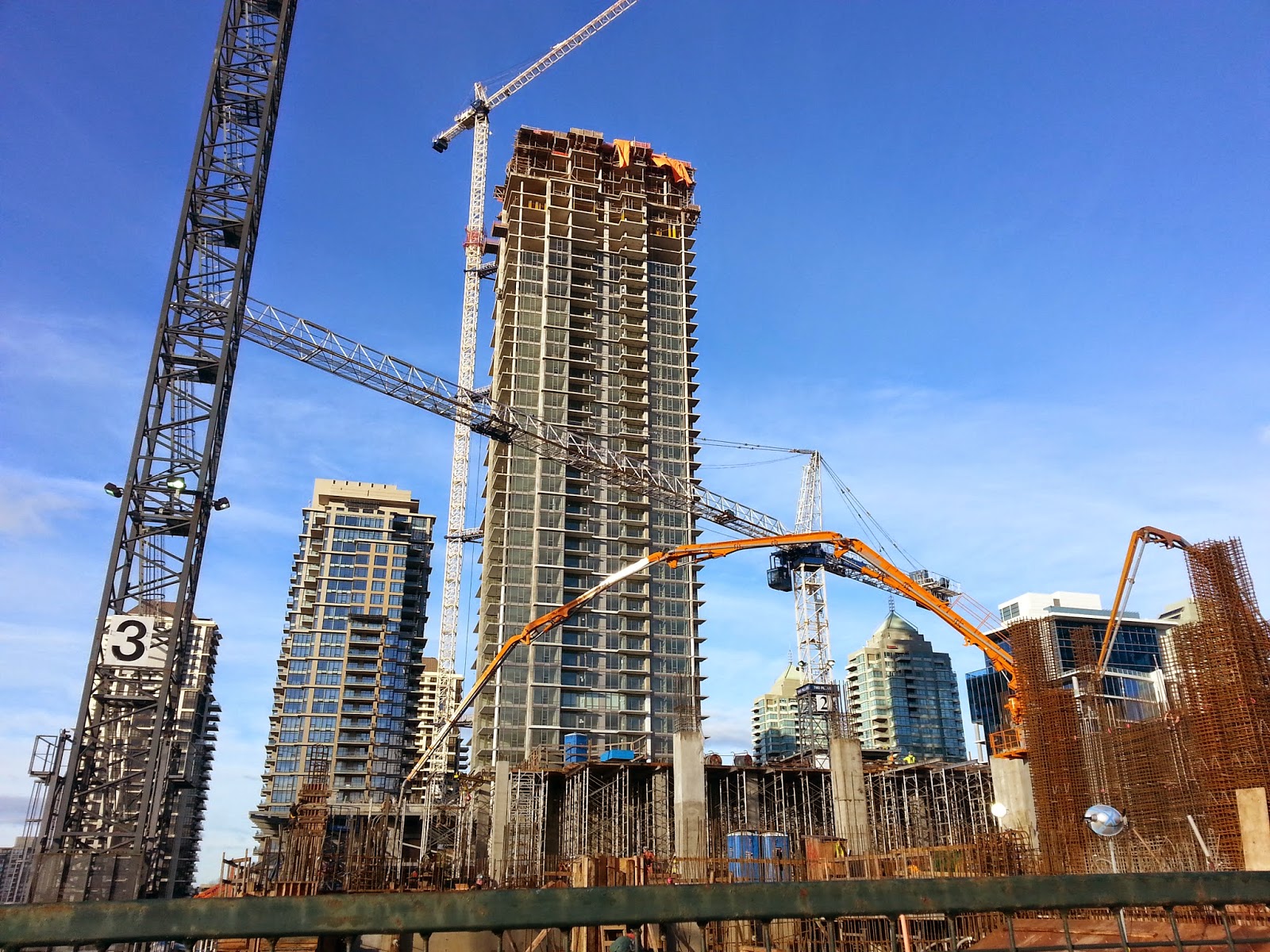 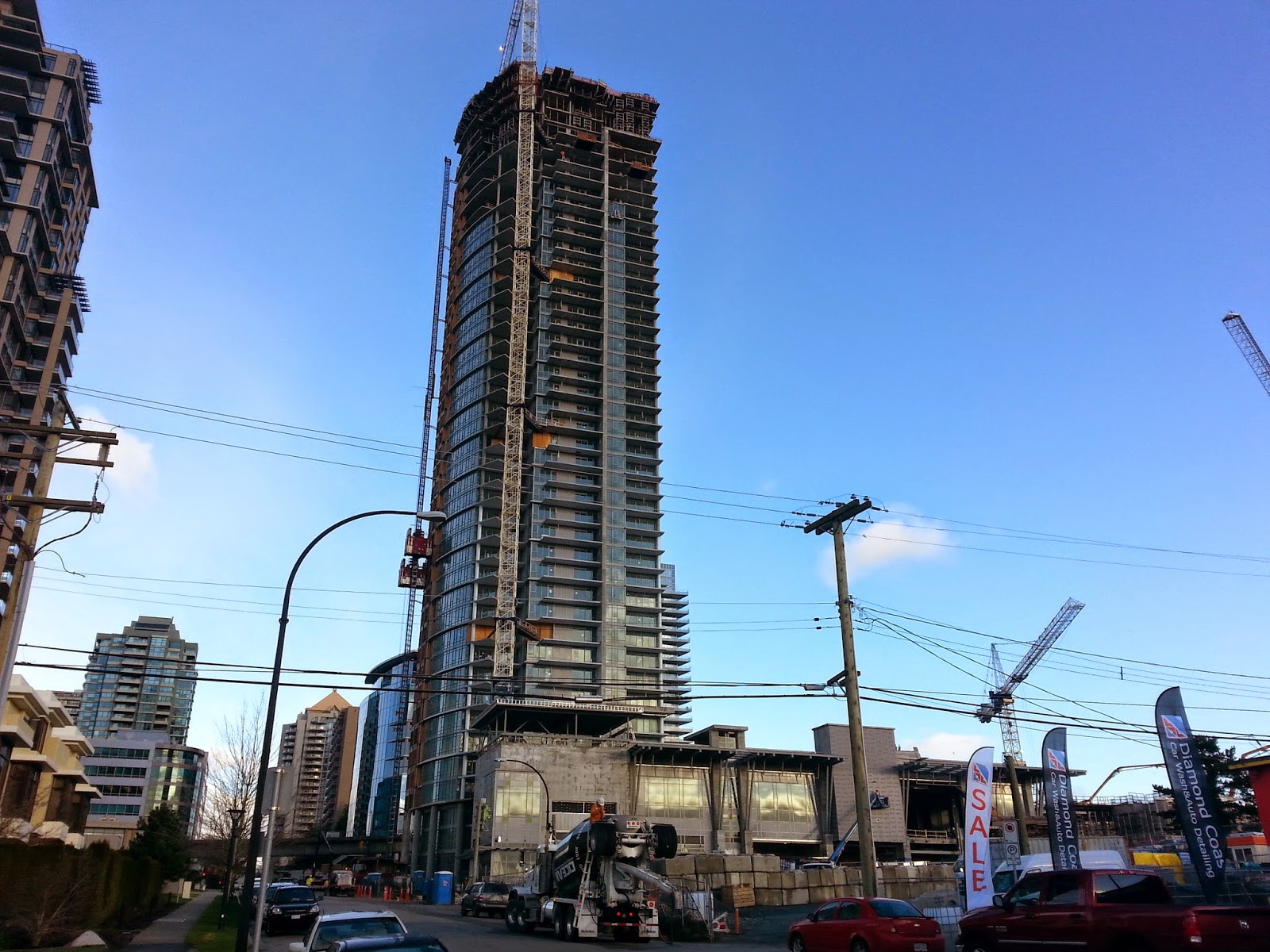 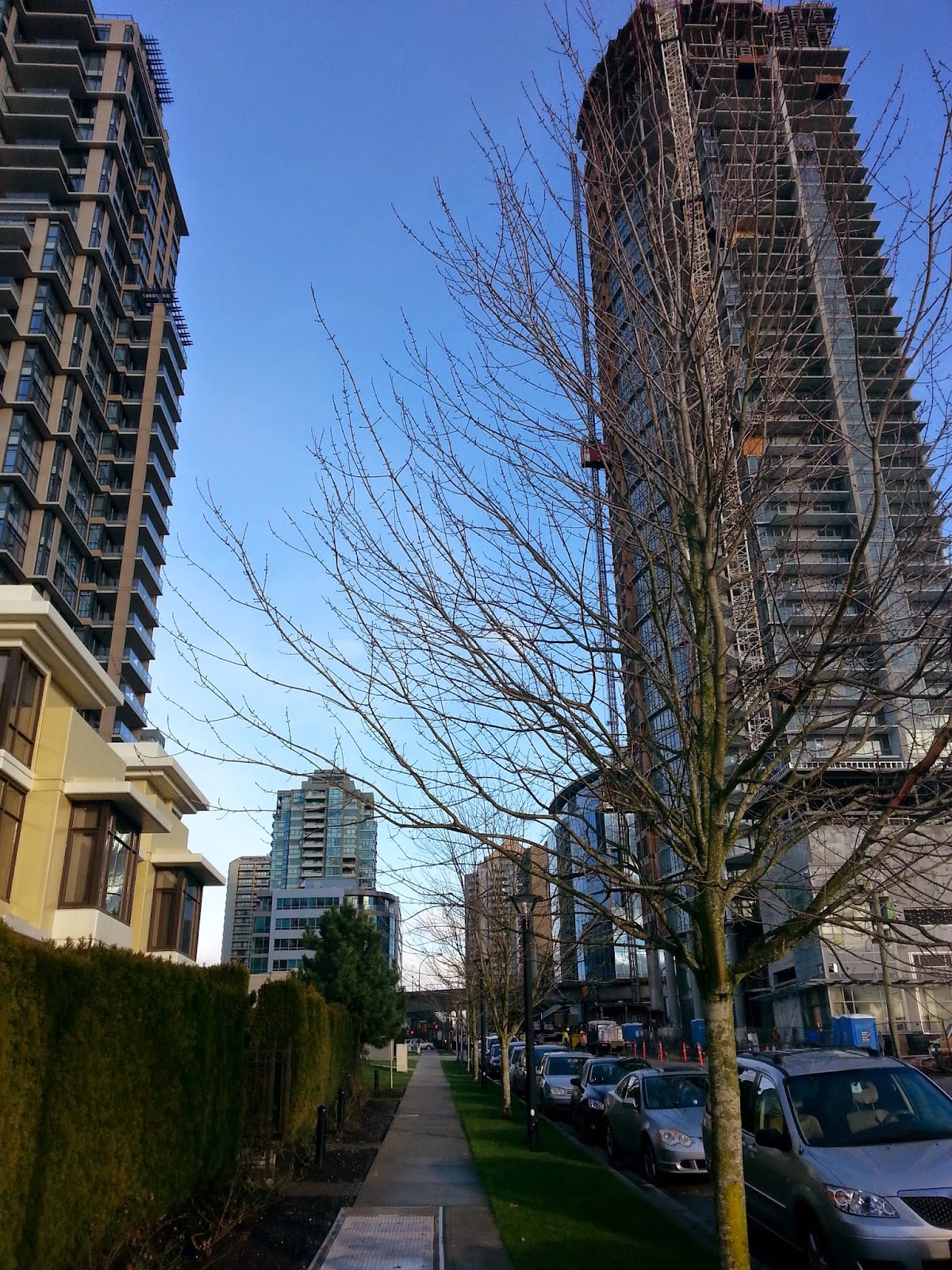 Posted by Brentwood Station at 9:09 PM No comments: 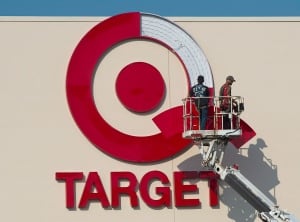 Target has hired international consultancy Alvarez & Marsal to oversee the liquidation and wind-down process.
Most of Target's stores are in locations that were taken over from existing Zellers leases, but the company does own some real estate in Canada.
Financial advisory firm Lazard Ltd. will advise the company with regards to possibly selling its real-estate assets.
A large number of Target's locations are owned by Toronto-based RioCan Investment Trust. Units of that REIT shed about one per cent on the TSX on Thursday when the Target news came out.
The company is seeking the court's permission to set up a $70-million fund to ensure all employees affected by the move get at least 16 weeks in severance pay. The stores will remain open while the company completes the liquidation process.
"Your efforts have been extraordinary, and absolutely nothing about our decision to exit diminishes your hard work and dedication," Cornell told employees in a letter on Thursday, a copy of which has been obtained by CBC News.
Target said the decision to close shop in Canada will cost between $500 million and $600 million in cash from the U.S. parent's bottom line, but results in a writedown of about $5.4 billion from an accounting perspective in the upcoming fourth-quarter earnings.
Target is the latest retailer to go under in what's becoming an increasingly tough retail environment in Canada.
Fashion shops Mexx, Smart Set and Jacob have all announced plans to close down in recent months. Montreal-based Le Chateau hasn't officially closed, but the clothing chain has been in a tough spot of late.
Posted by Brentwood Station at 9:12 AM No comments: 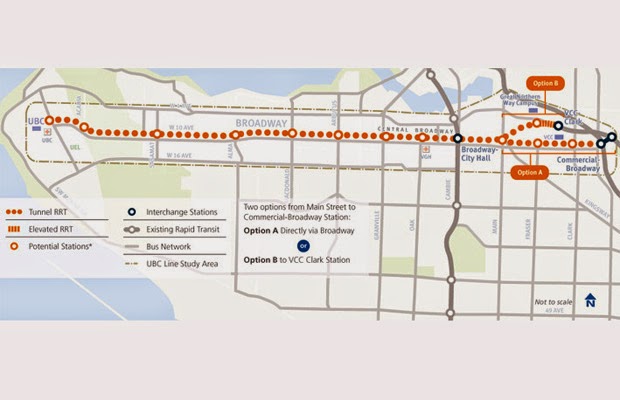 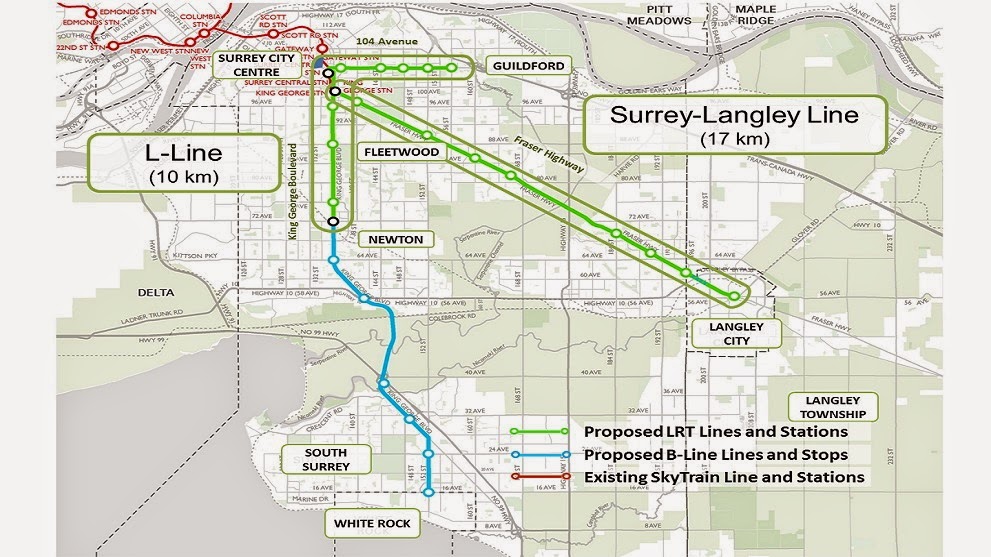 Posted by Brentwood Station at 9:45 AM 2 comments: