How will new restriction be enforced? 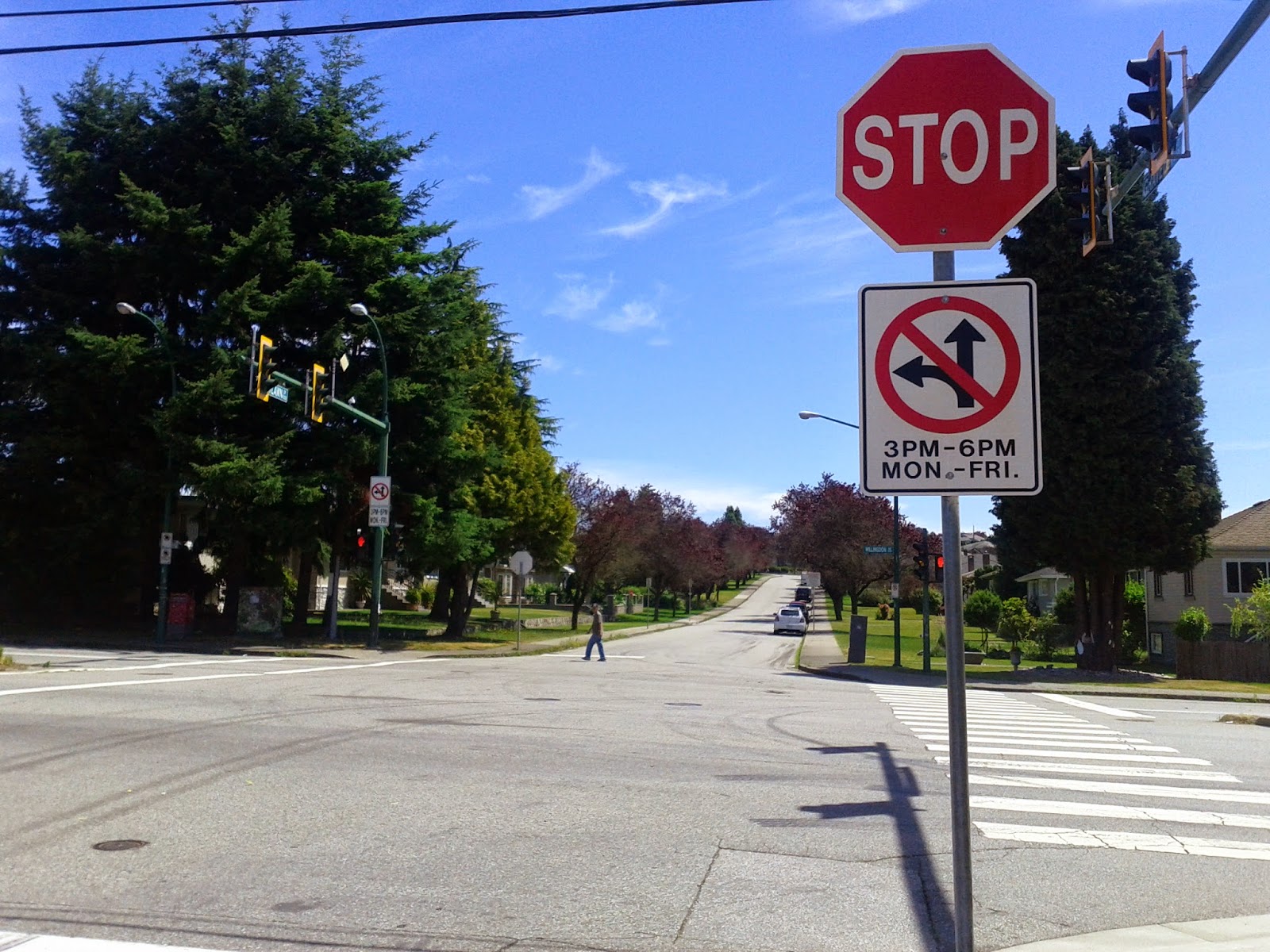 Brentwood area to get some ratrunner relief


Graveley Street residents will get a dose of relief from the ratrunning traffic that's plagued the Brentwood neighbourhood.
On Monday, Burnaby council approved a right-turn-only restriction for eastbound vehicles on Graveley at Willingdon Avenue. It'll be in effect on weekdays from 3 to 6 p.m. An existing, but undersized, speed hump on the street will  also be rebuilt.
The moves come after Graveley residents submitted a petition calling for something to be done about shortcutting traffic.
Traffic counts done in August 2013 in the 4200-block of Graveley showed average two-way weekday traffic at about 1,330 vehicles per day, said a city staff report. That's higher than in 1999 when volumes were about 1,110 vehicles a day.
But in both cases, they are "well below" the maximum threshold of 3,000 a day for a local residential street, it said. Volumes were highest during the afternoon rush hour and for eastbound traffic.
Speed counts in March found 85 per cent of vehicles travelled at around 41 km/h, well below the speed limit.
Nearby, a realignment of Douglas Road is being planned which will provide a more direct connection between 1st Avenue and and Halifax Street. Residents are concerned that could send more traffic to Graveley, but there's a possibility the shortcutting traffic may actually decrease, the report said.
Meanwhile, the new right-turn restriction could help cut down on ratrunners continuing east across Willingdon to Brentlawn Drive. The problem commuter traffic takes that route to avoid congestion at Lougheed Highway.
Coun. Paul McDonell suggested left turns also be restricted at Halifax Street and Willingdon to prevent traffic from using that route to get to Brentlawn.
"All I have to do is go half a block out of my way and I haven't changed anything," McDonell said.
Coun. Sav Dhaliwal, chair of the traffic safety committee, said traffic can't be stopped, it can only be discouraged from going where you don't want it. He advocated implementing the Graveley change then monitoring the effects before deciding on next steps.
It's all about striking a delicate balance, said Coun. Pietro Calendino. Any solution that totally satisfies Graveley residents may end up impacting those living just north of that street.
"For the moment, it's a good solution."
Coun. Colleen Jordan asked about the impact of the province's Highway 1 expansion project, which was touted as a way to ease traffic congestion on Burnaby streets.
"If you believe that I've got a bridge in New Westminster I can sell you," quipped Mayor Derek Corrigan.
City staff recommended no changes to address traffic concerns from Brentlawn Drive residents due to its use as a transit bus route.
Dhaliwal said the traffic safety committee will take another look at the issues there after the Graveley turn restriction is put in place.
Graveley Street resident Cherie Moses presented the residents' concerns to the committee in November. She said by email that the changes are "minimal."
She agreed with city staff that people not stopping at the stop sign at Willingdon while trying to beat the traffic light is a police enforcement issue.
"It is Catch 22, there are not enough RCMP officers to monitor such things, so the non-compliance becomes habitual and without consequences, until someone is hurt," Moses said.
"We are going to wait for the new sign, and see if it has an impact on short cutting traffic. They fully expect to hear from us again if the problems are not resolved."
wchow@burnabynewsleader.com
twitter.com/WandaChow
Posted by Brentwood Station at 1:35 PM