The scale of the upcoming Brentwood Mall Redevelopment may be overwhelming for some, but it's inception is part of a greater trend that began decades ago when subsidized automobile use had become so rampant that multi-decades of auto-centric development saw many people living driving distances away from nearly everywhere that they needed to go to on a regular basis.   The flaw in that auto-centric view of the world has begun to show it's downside as our increasingly busy lives are being crammed into the finite hours of day and night coupled with soaring fuel costs for drivers.  The extensive advertising that created our car-centric culture now seems to be at odds with reality (but that doesn't seem to stop automakers from continuing to make stupid commercials showing people doing stupid things as if those things were normal and legal).

We are constantly bombarded with such commercials that tell us cars are fun to own and fun to do stupid things with.  What they'll never tell us is what really happens when the automakers are successful with their brainwash: 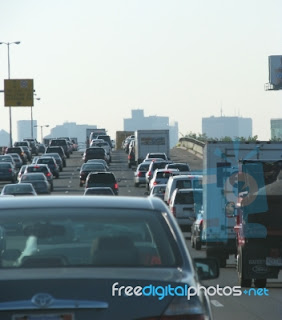 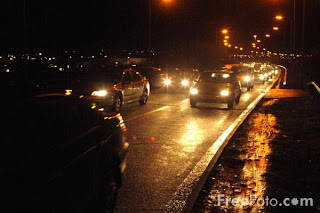 What's really amazing is the fact that some people are so overwhelmed by densification yet don't bat an eye when more lanes are added to our highways or more bridges are built with more roads to accommodate more cars with our tax dollars.  And here we are over a year away from a referendum to determine how to fund public transit in BC.  Where were the referendums when all of our roads, bridges and highways were exponentially expanded with our tax dollars so that the auto corporations could take advantage of the tax-payer-funded market expansion that was created for them?

The Brentwood Mall Redevelopment is based on principles that will counter previous auto-centric trends.  Will real estate be manipulated by developers with catch phrases such as "density", "sustainable living", "green living" to make people buy into the concept that small and dense is a good thing?  Of course they will.  How do you think we got to the unsustainable suburban, car-centric lifestyle that we've come to accept as being normal after decades of spread-out car-centred development. Many (if not all) of us that were born here were born into an auto-centric, suburban society that we have always viewed as being natural or normal without question at least until we were exposed to an alternative idea.  It is what it is.

The following Globe and Mail article talks about the trend of having people live close to most of the amenities that they need.  What an overwhelming concept that is!

The death and rebirth of the mall. You don’t drive there, you live there

Honeydale Mall sits at the back of an oceanic parking lot, about as far from the street as it is from current urban-design thinking. A so-called “dead mall,” most of this shopping centre in Etobicoke, on Toronto’s west side, is practically empty. The giant space that Walmart once occupied has been vacant for a decade, as are the majority of the smaller retail spaces inside. Only a dentist’s office, nail salon and electronics store are still in business.


Customers have moved on. So has time. Opened in 1973, Honeydale, like so many other shopping centres, was designed to cater to a car culture. But the mall’s owners hope to modernize the site and revive its economic fortunes. Azuria Group has applied to have the 16-acre site rezoned and plans to add shops closer to the street, as well as residential and green space, creating a mixed-use community centred on a new and improved retail.


Many other malls across Canada and the United States have similar plans, or have recently undergone such a transformation, especially shopping centres with plenty of land and sagging economic fortunes. They’ve attracted better retail thanks to the addition of residential and, often green space.


For anyone who grew up in suburbia, the mall has almost always been a far-off place surrounded by a giant parking lot that you drove to, bought what you needed, and then drove back home. But with urban planners now making higher-density, walkable neighbourhoods a priority, and people looking for more convenient – not to mention environmentally friendly – alternatives to the car culture, shopping centres in Canada and the United States are undergoing a fundamental shift, being reborn as the anchors of communities, places you don’t drive to, but live above.


“It’s really about the fact that cities are moving from a car-dominated thinking to a multimobile way of thinking,” says Brent Toderian, president of the Council for Canadian Urbanism.


The trend is growing quickly in the U.S., says Ellen Dunham-Jones, who teaches architecture at the Georgia Institute of Technology and is the author of Retrofitting Suburbia: Urban Design Solutions for Redesigning Suburbs.Green Street Advisors, which specializes in real estate analysis, has forecast that 10 per cent of the enclosed shopping malls in the U.S. will fail by 2022. Often, this trend, referred to as the “urbanization of malls,” sees parking lots scrapped for residential towers at so-called dead malls, defined as economically failing shopping centres with sales less than $150 per square foot.


In Canada, many malls have had to seek out non-traditional tenants to fill space, Dunham-Jones points out. City Plaza, in London, Ont., is home to a public library. Hamilton City Centre is home to government offices.
Making malls the centre of communities has demographics on its side, Toderian says.
“Both aging boomers and the millennials support more compact, walkable living, transit, walkable shopping,” he says.
Cities, too, are often looking to get more out of a space than just a sprawling piece of retail. Calgary, for instance, is preparing an area redevelopment plan for the Stadium Shopping Centre lands, a strip mall built in the 1960s, that intends to evolve into a local centre made up of a mix of residences, office and retail, all designed around walkability.
At more successful malls, however, parking can still be king. One parking spot at Yorkdale Shopping Centre in Toronto supports 15 shoppers a day, on average, equalling approximately 45,000 visits a year. A 400-unit condo building that holds 800 residents who shop three times a month at a mall, which is average, equals just 30,000 visits, according to Michael Kitt, executive vice-president of Oxford Properties Canada, the company that manages Yorkdale.
The better that public transit systems become, the easier it is to urbanize malls, he adds.
Several mall urbanization projects under way in British Columbia show how this might be a new workable model for urban living, where people can eat, do errands and go shopping all in one localized spot.
The owners of Brentwood Town Centre in Burnaby have proposed a plan to include 11 high-rise residential towers, two office towers and a public plaza on the site. The redevelopment of the Station Square shopping centre, also in Burnaby, will include five residential towers ranging from 35 to 57 storeys. The Oakridge Centre in Vancouver is the biggest Canadian example of the trend, and perhaps the most interesting given that it is a very successful shopping centre.
“The idea is to create a complete community on the site,” says Matt Shilito, a city planner.
The redevelopment calls for doubling the size of the mall, to almost 1.4-million square feet of retail space, from 600,000 square feet. The plan adds approximately 300,000 square feet of office space to the site and introduces about 2.7 million square feet of residential space, mostly in the form of mid- and high-rise apartments. There are also plans to build a civic centre, library, daycare and community centre.
“What we’re doing here is more than simply putting towers in a parking lot or on the edge of the mall. We’re actually integrating these towers into the fabric of the mall itself,” says Graeme Silvera, vice-president of western region retail development for Ivanhoe Cambridge, which owns the mall.
There also will be 11 acres of green space on top of the mall, three storeys above street level, that will boast a half-acre jogging track, reflecting pool, community gardens and a wedding pavilion. Such redevelopment is really only possible thanks to the success of the Canada Line, a rapid transit line that opened in 2009, Silvera says.
People still drive to the mall, of course, but many arrive on transit. Eventually, people will arrive by elevator.
To anyone who thinks of the term “the mall” pejoratively, the idea of living and playing on top of one, or getting married on top of one for that matter, is probably hard to swallow. And there is perhaps something unsettling in structuring our lives so that we are primarily consumers.
But Toderian cautions against such thinking. Creating higher density, mixed-use neighbourhoods that are easily walkable is in everyone’s best interests, especially when you look at the toll on health and the environment that the old model of driving to the mall has taken.
“This should not be about snobbery between urbanism and suburbanism,” he says. “What this is about is the true cost of things.”
Posted by Brentwood Station at 5:47 PM